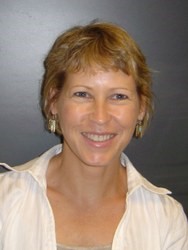 Dr. Campbell received her PhD in Chemistry at Yale University.  After postdoctoral training in the departments of Biochemistry and Physics at Brandeis University, she became a research scientist at DuPont Central Research and Development. Her research efforts at DuPont led to solution structure determination of the Ras proto-oncoprotein by NMR spectroscopy. In 1994, she left DuPont-Merck to become a faculty member at the University of North Carolina.

As a junior investigator at UNC, she received both the Jefferson Pilot and Hettleman awards. More recently, she received the Battle Cancer Research award and Liebscher Distinguished professorship.  Her lab studies Ras superfamily GTPases, heterotrimeric G-proteins as well as cell adhesion proteins that regulate cellular growth and motility. Her research employs a combination of biochemical, biophysical and structural biology approaches to characterize protein-protein and protein-ligand interactions, elucidate structures and characterize novel mechanisms of regulation. Her structural and mechanistic studies of tumor promoter and tumor suppressor proteins at UNC, have led to the identification of novel effector interactions and post-translational modifications that drive Ras-mediated tumorigenesis, as well as delineation of interactions critical for focal adhesion kinase and vinculin-mediated cell motility. Her main focus is to understand how the intrinsic properties, post-translational modifications and interaction of wild and mutant RAS proteins with regulatory/effector proteins contribute to cancer progression.  She currently consults and works with companies to characterize and develop Ras inhibitors to improve treatment of lung, colorectal and pancreatic cancers, and has been involved in organizing three international meetings (ASBMB, FASEB) on Ras proteins and Small GTPases within the last three years. 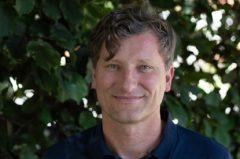 Dr. Marcus Conrad is group leader at the Helmholtz Zentrum München in the field of redox regulated cell death signalling and drug discovery. His current research focus is concerned with the study of a recently recognized form of regulated necrotic cell death, now known as ferroptosis. Ferroptosis is a regulated form necrotic cell death characterized by the iron-dependent oxidative destruction of cellular membranes, which is emerging as the underlying cause of a number of diseases such as neurodegeneration, tissue ischemia/reperfusion injury and cancer. By generating and analysing cells and mouse models for the selenoenzyme and key regulator of ferroptosis glutathione peroxidase 4 (GPX4), he has pioneered this field and has made a series of landmark studies that have greatly helped to understand the molecular mechanisms of this death process. Moreover, he has published the first in vivo applicable ferroptosis inhibitor, liproxstatin-1, whose improved derivatives are currently undergoing preclinical development. Dr. Conrad has published more than 100 scientific articles, which have received more than 7000 citations. Furthermore, he holds three patents and has been twice awarded the prestigious m4Award for translating basic knowledge into innovative drugs for novel therapies. 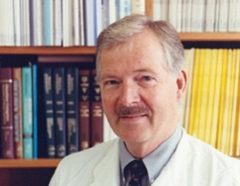 Helmut Sies, MD, PhD (hon), studied medicine at the universities of Tübingen, Munich and Paris. He was Professor and Chair of the Institute for Biochemistry and Molecular Biology I at Heinrich-Heine-University Düsseldorf, Germany, where he is now Prof. Emeritus. He is a member of the German National Academy of Sciences Leopoldina and was President of the Northrhine-Westphalian Academy of Sciences and Arts. He was named ‘Redox Pioneer’; was President of the Society for Free Radical Research International (SFRRI). Helmut Sies introduced the concept of “Oxidative Stress” in 1985, and he first detected hydrogen peroxide as a normal constituent of aerobic cell metabolism. His research interests comprise redox biology, oxidants, antioxidants, micronutrients.