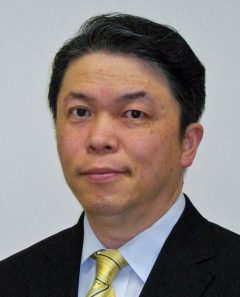 Dr. Koichiro Tsuchiya is a Professor in the Department of Medical Pharmacology, in the Institute of Biomedical Sciences at Tokushima University in Japan.
After graduating in Pharmacology, Dr. Koichiro Tsuchiya was a Pharmacist at Tokushima University Hospital from 1992 to 1997. He received his PhD in Medicine from Tokushima University in 1997 and became Assistant professor in the Department of Pharmacology at the Tokushima University School of Medicine. He became Full Professor in 2007. From 1998 to 2000, Dr Tsuchiya was a Visiting fellow at National Institute of the Environmental Health Sciences (NIEHS)/NIH in the laboratory of Dr. Ronald P. Mason. Dr Tsuchiya’s main research interests are in Clinical Pharmacology and Free Radical Chemistry. This includes the detection of reactive oxygen species (ROS) and reactive nitrogen species (RNS) in vivo using electron paramagnetic resonance. After returning to the Japan, Dr Tsuchiya clarified the physiological effects of nitrite by using the electron spin resonance method. That is, nitrite, which has been detrimental to the organism, has been clarified to have the organ protective activity by becoming NO being reduced in the body. Recently, Dr Tsuchiya had found that nitrite is one of the intracellular signaling molecules, and has an effect on glycolipid metabolism. Dr Tsuchiya is a member of the Pharmaceutical Society of Japan, Japanese Society of Hypertension, and the Japanese Pharmacological Society. 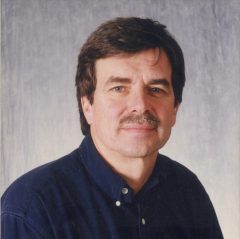 Dr. Marc W. Fariss received a B.S. degree in Biology from Lynchburg College and a Ph.D. in Pathology/Toxicology from the Medical College of Virginia/Virginia Commonwealth University. He then traveled to Oregon State University to conduct a NIH/NIEHS post-doctoral fellowship in the laboratory of Dr. Donald Reed, a well-known biochemical toxicologist and expert in the use of in vitro cell systems to study oxidative stress and glutathione homeostasis.

For the next 20 years, Dr. Fariss served as an academic faculty member in Pathology at VCU, in Toxicology at the College of Pharmacy at Washington State University and at the University of Colorado. He held the Lazzara Professorship in Cancer Research, a tenured faculty position at both WSU and CU. Research interests include molecular mechanisms of toxic cell death in normal and neoplastic tissue, the role of mitochondria in toxic cell injury, therapeutic strategies to protect cells and organisms from toxic injury induced by oxidative stress and the use of vitamin E analogs to promote tumor cell death while protecting normal tissue.

Dr. Fariss has authored over 60 peer-reviewed publications in journals such as Science, New England Journal of Medicine, Cancer Research, Free Radical Biology and Medicine and Critical Reviews in Toxicology. Professional honors include receiving a national award from the Society of Toxicology related to contributions to in vitro toxicology (Colgate-Palmolive Alternative Methods in Toxicology Award), serving as the Chair (elected) of the Division of Toxicology of the American Society for Pharmacology and Experimental Therapeutics (ASPET), serving as President (elected) of the Pacific Northwest Chapter, Society of Toxicology, serving as a member of the NIH Toxicology Study Section and serving as the Director of graduate programs in Pharmacology/Toxicology and Toxicology at WSU and CU respectively.

In 2006, Dr. Fariss moved from academia to industry (Altria), accepting a Principal Scientist position to direct harm reduction research on understanding the health effects of tobacco use. During this time, he authored 7 peer reviewed publications investigating harm reduction in combustible and smokeless tobacco products. As of 2016, he is serving as the President and Chief Scientific Officer of ToxSynergyLLC, a toxicology consulting group specializing in strength of evidence reviews, in vitro model development and data interpretation. 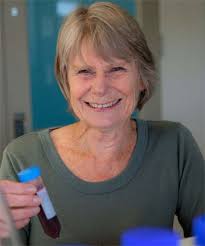 Dr. Christine Winterbourn is in the Centre for Free Radical Research, Department of Pathology, University of Otago Christchurch New Zealand. She graduated in chemistry from Auckland University and received her PhD in biochemistry from Massey University, New Zealand. She has had a long term interest in understanding the biological chemistry of free radicals and oxidative stress. Her current interests include the role of thiols in antioxidant defence and redox regulation; the biochemistry and cellular function of peroxiredoxins; reactive oxidant production by neutrophils and the role of myeloperoxidase products in microbial killing and inflammatory disease. Professor Winterbourn has received a number of awards including the Society for Free Radical Research (International) Trevor Slater Award, and is a Fellow of the Society for Redox Biology. She has received the University of Otago Distinguished Research Medal, she was the first woman recipient of the Royal Society of New Zealand Rutherford Medal (New Zealand’s highest scientific award) and is a Companion of the NZ Order of Merit.