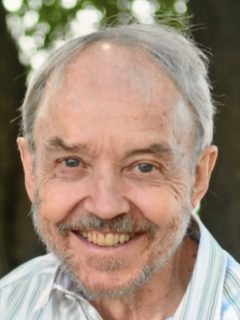 It is quite challenging to describe Peter John O’Brien, as he had accomplished so much in his life. Peter was conferred his PhD from Birmingham University in 1963, and became a research fellow at the same university. His first faculty position was as Associate Professor, in the Department of Biochemistry, at the Memorial University of Newfoundland. At the 7 year sabbatical mark, Peter made thorough use of this opportunity and was visiting professor in 4 different institutions over the period of one year. He continued on to full professor at Memorial University until 1984 where he went on sabbatical again (at the University of Toronto and the Karolinska Institute). It was at the University of Toronto where Peter found his home for the rest of his life.

Peter was an excellent mentor. He supervised and graduated 32 MSc students, and 22 PhD students. Peter was always dedicated to his students. He told me on one occasion that “You never stop supervising your students…even after they leave you’re still supervising them!”

During his illustrious career, Peter made a huge impact to scientific research at the national and international levels. He published more than 360 scientific papers, review articles and book chapters from 1964 until 2018, a time span of more than 50 years. In the 2005-2011 period alone, he published 89 papers, reviews or chapters. Since 1996, Peter was invited speaker for 43 national and international conferences or seminars. His general research area was: “Biochemical and Molecular Toxicology – Mechanisms of Drug-Induced Cytotoxicity and Its Prevention”. Here is a summary of his research interests from the University of Toronto website. “Most drugs have a limited dosage as a result of toxic side effects that develop following chronic use. Toxicity also occurs when higher doses are administered accidentally or deliberately. Drugs chosen for their toxicity towards tumor cells can also cause toxicity towards normal tissues. Peter’s research explored ways of decreasing the toxicity of drugs or naturopathic agents. His approaches included the use of less toxic drug analogues, antidotes, improving the nutritional status of the patient and targeting of the drug to the tissue that requires therapy. He also investigated the molecular mechanisms by which some natural products or drugs could prevent the development of cancer (chemoprevention). An example of a common drug candidate cytotoxic mechanism was mitochondrial toxicity that caused reductive stress and ATP depletion, released iron and activated oxygen.”

Peter’s research activities were funded continuously by external grants from NSERC from 1969 until 2013. His most recent NSERC grants were entitled the “Biological effects of oxygen activation”. He also held research grants from the National Cancer Institute of Canada, Canadian Heart Foundation and the Medical Research Council for many years, as well as research contracts from agencies such as Health Canada, Purdue Pharma, Bayer Blood Partnership Fund and Orphan Medical.

During his career, Peter received several recognitions and awards for his contributions in pharmaceutical sciences at the national and international levels (McNeil-Janssen-Ortho Award), an NSERC award for 20 years of continuous funding and Honored Life Membership conferred by the Association of Faculties of Pharmacy of Canada. He held positions of Editor, Associate editor or Editorial board member for several scientific journals in Toxicology, Xenobiotics, and Drug metabolism and drug interactions, and was Guest or Special editor for several journal issues on these topics. In addition, he was a Consultant for several pharmaceutical companies and for agencies such as Health Canada, the International Agency for Research on Cancer and as a research auditor for Revenue Canada (for the Pharmaceutical and Chemical Industry).

Peter was one of the founding members of the Canadian Oxidative Stress Consortium (COSC) in July 1999 and remained as a valuable member of the Executive committee until 2014. Peter was Peter and made everyone laugh. He was the organizer of the 4th COSC meeting held at the University of Toronto in May 2004.

Peter left us on November 5, 2017. However, anyone who knew Peter appreciated a key part of Peter – his contagious laugh. I (Arno Siraki) recently met Helmut Sies, who is entitled as the key definer of what oxidative stress is, and he even asked me about his laugh. This is something not to be shrugged off as merely humour. In a recent book, The Book of Joy, the Dalai Lama tells Archiboshop Desmond Tutu about his laughter, and how it is a positive force. Although Peter wasn’t particularly religious, I believe, nevertheless, that his laugh embodied the same positivity being discussed by the two spiritual leaders. It is this positivism that did indeed spread joy to those around him, and also guided Peter to have a full life and love all that he did: whether this be a stack of 30-40 articles sped read between 5:30-8:30, riding his bike under rough weather to the university, or any of his diverse hobbies. Peter’s joy touched his family, friends, colleagues, and trainees. As a former trainee, I can attest to this. And so, we must all learn and continue to spread Peter’s positivism to make the world a better place.