Carleton University’s Norman Hillmer, Robert Letcher, Tim Cook and Rianne Mahon have been elected as Fellows to the Royal Society of Canada (RSC) in recognition of the high level of excellence demonstrated during their careers.

“It is my pleasure to congratulate these outstanding Carleton researchers on being selected as Royal Society of Canada Fellows,” said Rafik Goubran, vice-president (Research and International). “These intellectual leaders have demonstrated excellence throughout their careers and are engaged in research that directly contributes to Canadian society.”

The fellowship of the RSC comprises more than 2,000 Canadian scholars, artists and scientists, peer-elected as the best in their field. These are distinguished people from all branches of learning who have made remarkable contributions in the arts, humanities and sciences, as well as in Canadian public life. 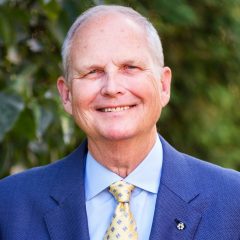 Hillmer has been elected as a RSC Fellow by his peers in the Humanities Division of the Academy of Arts and Humanities.

“I am very conscious of the honour and responsibility that comes with membership in the RSC,” said Hillmer, Chancellor’s professor in the Department of History and the Norman Paterson School of International Affairs. “Since I arrived in Ottawa, I have been supported by Blair Neatby, David Farr, Carter Elwood and a generous Carleton scholarly community that wanted the best for me and my research. I am grateful to all those who nominated and elected me.”

Hillmer is currently writing Canadian Peacekeeping: A Contradictory History, the first full-scale account of Canada’s peacekeeping role from the Middle East to Mali. The book will be published by the University of British Columbia Press. Last year, Hillmer published his 31st book, a critical examination of Justin Trudeau’s foreign policy, edited with Carleton’s Philippe Lagassé.

Cook has been elected as a RSC Fellow by his peers in the Humanities Division of the Academy of Arts and Humanities.

Cook, adjunct professor in the Department of History, has explored Canada and the world wars through his scholarship and exhibitions. His many award-winning books focus on the social and cultural history of Canadians and the contested means by which we remember and make meaning of conflict. His work as an historian at the Canadian War Museum and his media appearances have widely disseminated history to the Canadian public. He is a member of the Order of Canada.

To learn more about the other Carleton researchers elected to the RSC, view the full press release.