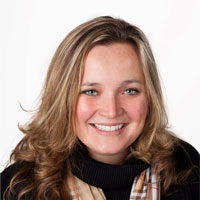 Rebecca Jaremko Bromwich is an adjunct with the Department of Law and Legal Studies at Carleton University.

Her full time role is as Manager, Diversity and Inclusion for the law firm Gowling WLG for their offices in Canada and Russia.   Prior to taking on that position, she served as Program Director for the Graduate Diploma in Conflict Resolution program at Carleton.

Rebecca received her Ph.D. in 2015 from the Carleton University Department of Law and Legal Studies, and was the first ever graduate of that program. She was awarded a Carleton Senate Medal as well as the 2015 CLSA Graduate Student Essay Prize for her graduate work. Rebecca also has an LL.M. and LL.B., received from Queen’s University in 2002 and 2001 respectively, and holds a Graduate Certificate in Women’s Studies from the University of Cincinnati.

Rebecca has been an Ontario lawyer since 2003. She worked in private practice from 2003 – 2009, starting at a large firm, doing a wide range of litigation work. She also worked for six years as Staff Lawyer, Law Reform and Equality, to the Canadian Bar Association, then as a Policy Counsel with the Federation of Law Societies of Canada. Subsequently, Rebecca did criminal prosecution work as a per diem Crown Attorney with the Ministry of the Attorney General in Ottawa.

Rebecca is a co-editor of Robson Hall Law School’s criminal law and justice blog: robsoncrim.com and is a research associate with the UK’s Restorative Justice for All Institute.