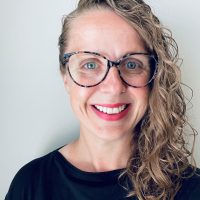 Megan Gaucher is an Associate Professor in the Department of Law and Legal Studies. A political scientist by training, her interdisciplinary research focuses on the intersections between citizenship, family and belonging in Canadian immigration and refugee law, policy and politics. She is the author of A Family Matter: Citizenship, Conjugal Relationships, and Canadian Immigration Policy (UBC Press, 2018), which was shortlisted for the Canadian Political Science Association’s 2019 Donald Smiley Prize and received Honorable Mention for the American Political Science Association’s 2020 Seymour Martin Lipset Best Book Award. Her current research projects include a SSHRC-funded analysis of these intersections as they relate to migrant workers and family reunification appeals in Canadian jurisprudence, an examination of state treatment of single male migrants, and an investigation into legislative “crackdowns” on maternity tourism.

She supervises graduate students in the areas of immigration and refugee law, citizenship, family law and politics, identity politics, and Canadian public policy.