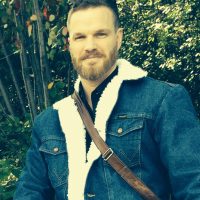 Dr. Malette is a scholar of Métis and French-Canadian heritage with ties and friendships within Aboriginal communities, including in Québec, Ontario, Manitoba and the Maritime. He is an expert in Aboriginal Law with a focus on access to justice, Indigenous legal traditions, relational politics and worldviews. Dr. Malette was a collaborator with the Canada Research Chair on Métis identity based in St-Boniface (Manitoba), and is currently a member of the Carleton University Institute on the Ethics of Research with Indigenous Peoples. Dr. Malette is interested in problematizing the relationships between Law and Indigeneity as both enabling and disrupting relations of domination affecting countries and communities with colonial histories. The work of Dr. Malette also centers around notion of governmentality and the analytic of power as developed by French thinker Michel Foucault. Part of his work also centers on ostracized Métis or “mixed-Heritage” Indigenous communities, their histories and resilience—with a special focus on newly crafted exclusionary narratives, policing of Indigenous identities and the problem of lateral violence.

Dr. Malette has co-written a book published in 2016 on the forgotten history of the Métis peoples across the United States, with a particular focus on Métis communities in the state of Oregon, entitled Songs Upon the River. The Forgotten History of the Northwest Pacific Métis (Baraka, 2016, 442 pages). This book makes the groundbreaking argument that Métis ethnogenesis has to be understood using a rhizomatous model whereby nodes of identity would emerge linked by networks covering thousands of miles and tied together by a shared culture (that is without a unique centre). It suggests the existence of a Métis culture connected continentally through different regional expressions, made visible primarily through the historical presence of Indigenous and French métissage in the context of the fur trade and ongoing colonial conflicts. Songs Upon the Rivers also addresses the danger of current neo-nationalist Métis ideology conflating a single ethno-nationalist discourse on the historical origin of the “Métis nation,” with the condition of the possibility of Métis ethnogenesis elsewhere in Canada. Songs Upon the Rivers was the top-ranked book on Canada’s History Top Ten Bestsellers list for over two months. A revised second edition is currently being produced.