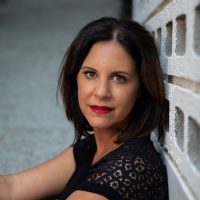 Dr. Melanie Adrian’s research focuses on the question of rights of minorities in religiously, ethnically and culturally diverse societies. She is examining how states integrate or accommodate culturally distinct peoples while maintaining a healthy balance between international and national rights and respect for national values. Most recently, she has looked at these questions in light of the debate around religious symbols in public schools in France. Her forthcoming book Risking Religious Freedom: France, the Veil and the Right to Act on Faith argues that France, and Europe more generally, are heading down a dangerous path in their reluctance to live up to the spirit of international human rights conventions. Dr. Adrian says, “These conventions have historically been interpreted to protect a wide range of manifestations of religious belief – and this stands in direct opposition to the current trend favouring a more narrow interpretation of this same right.”

Information about the Chair in Teaching Innovation