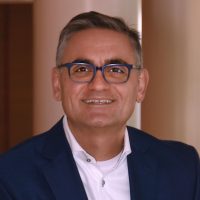 In 1997, while completing his studies at the University of Toronto, Nick was selected by the law school’s International Human Rights Program, as an intern with a Washington D.C. based non-governmental organization.  In this capacity he worked directly on the promotion of global labour and human rights through the use of novel forms of litigation.  Upon his return to Canada, Nick practiced labour law for a decade with a large national trade union.  In 2007, he began practice as an arbitrator and mediator in collective agreement disputes between trade unions and employers.

Nick has participated in litigation at all levels of Canada’s court and administrative law systems and in landmark international trade and human rights litigation in the United States.  Nick has also testified before parliamentary committees on both domestic and international legislative matters.   As a result, he uses his broad experience to inform class room discussion and render complex legal concepts more understandable for students.  As well, Nick employs his practical background in the classroom to critically assess the impact of legal rules from a number of institutional, societal and individual perspectives.   Nick also supplements readings with discussion regarding the background of litigation that is not formally noted in case reports. In 2010-11, Nick will be teaching LAWS 2501 (Law, State and Constitutions), LAWS 2502 (Law, State and Citizen) and LAWS 4904 A (Advanced Legal Topics: Collective Agreement & Arbitration Law).

Nick’s current research interests are divided between international and domestic law.  On the local level he has focused on the legal status of the collective agreement in Canadian law.  In particular, he has studied the recent reforms to bankruptcy and insolvency law that have impacted the enforcement of the collective agreement. With respect to the international realm, Nick has focused on the ‘governance gaps’ created by globalization. Specifically, Nick has examined the disparity between the impact of economic pursuits abroad and the capacity of societies to manage the adverse effects of that activity.  This has led him to help develop legislative proposals to more adequately regulate human, labour and environmental rights in the global economy.  This proposal is currently before the Parliament of Canada.