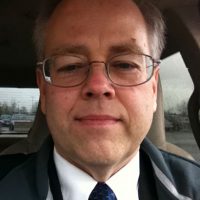 Andre is currently in his 30th year in the education field. He began his teaching career in 1987 with the York Catholic School Board as a science teacher at St. Elizabeth HS (Thornhill, ON). He continued in this role with the Ottawa Catholic School Board several years later, beginning at St. Matthew High School in Orleans, ON. He has assumed numerous leadership roles, having served as Science Department Head for four years at Lester B. Pearson High School and a Vice-Principal for five years at St. Paul High School and St. Matthew High School. He was appointed Principal of St. Matthew High School in 2000 and has since served in three other high schools as Principal. These include Notre Dame HS, Lester B. Pearson HS, and he is currently serving as Principal of St. Mark HS in Manotick, ON.

Andre has a distinct passion for hockey having coached both in the community and at the school level. He continues to play hockey twice a week as a goalie in the Ottawa area.

Andre has three beautiful daughters in their mid twenties, all living at home.