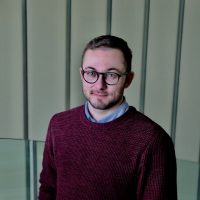 Trained as a social-cultural anthropologist, I am an interdisciplinary researcher with interests in legal and medical anthropology, critical criminology, and gender and sexuality studies. My research attends to the conditions of and limits to inclusion, with a focus on marginalized populations and their everyday experiences, demands for social change, and relationship to institutions — in particular, criminal justice institutions — that shape and govern their lives. Over the past decade, I have approached these and related subjects through two streams of qualitative inquiry: long-term ethnographic fieldwork and community-based research. Beyond scholarly publishing, I am deeply committed to public engagement, including through non-academic knowledge translation, policy consultancy, and providing expert reports for courts and tribunals. I also find great fulfillment in collaborating with and mentoring undergraduate and graduate students, and welcome requests for supervision from those with a passion for intellectually ambitious and/or socially impactful research, especially of the qualitative kind.

One of my two ongoing ethnographic projects is the completion of a book manuscript under advance contract with UBC Press, provisionally titled Prisoners of Paradox: Trans Rights and the Ambivalent Reform of Canada’s Sex-Segregated Prison System. Based on the extensive multi-sited anthropological fieldwork I conducted during my Ph.D., which was funded by Trudeau Foundation and SSHRC Canada Graduate scholarships, the book traces the conditions of possibility and early effects of recent trans correctional reforms in Canada. My second active ethnographic project explores the emergence of alleged solutions to the purported problem of fetal alcohol spectrum disorder (FASD) in the Canadian criminal justice system. This is a topic I began exploring as a Banting Postdoctoral Fellow at Memorial University, prior to joining Carleton.

Additionally, I am currently Principal Investigator for a community-driven study examining trans, Two-Spirit, and non-binary people’s experiences of serious legal problems in Canada. Funded by the Department of Justice Canada, this project is co-led in partnership with Action Santé Travesti(e)s et Transsexuel(le)s du Québec and with support from the Community-Based Research Centre, where I am an Affiliated Researcher. Previously, I collaborated on projects about trans people’s legal needs, elderly trans people’s access to health care and social services, trans youth’s wellbeing, and the implementation of addiction services in public health centres. I have also co-organized multiple events designed to foster conversations between researchers and community experts, such as the symposium On the Margins of Trans Legal Change (McGill University) and the first edition of the Canadian Prison Law Conference (Dalhousie University).