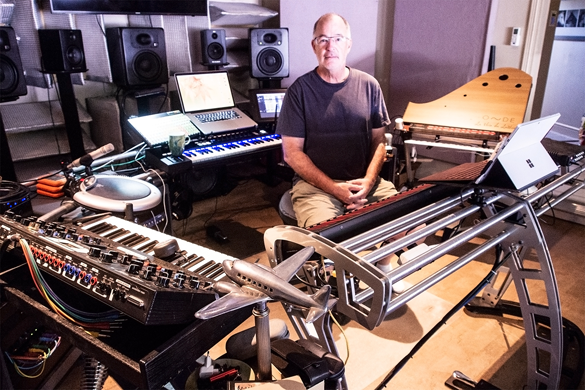 Edmund Eagan is an audio manipulator extraordinaire, bringing over 35 years of professional experience to his work. This is backed by five years of university study in music composition at Ottawa and Toronto, Canada. 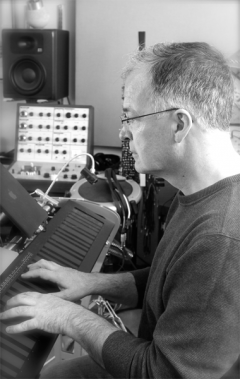 During his career he has explored many varied musical genres, resulting in numerous award winning productions, including a Canadian television Gemini award for the music in the animated production “The Woman Who Raised a Bear as Her Son”, a Gemini for CBC’s “The Health Show”, and Gemini nominations for the music in the documentary film “FLicKeR”, the film “Curiosities” and in the Man Alive documentary “Beyond Belief”.

He is a recipient of multiple SOCAN (The Society of Composer, Authors and Music Publishers of Canada) awards in recognition of his work in film and television. As well as doing original music and sound design work, Edmund has participated in numerous audio recordings both as performer and producer, and has been extensively involved in the design and operation of a new innovative musical instrument, the Continuum Fingerboard, manufactured by Haken Audio.

His audio work for film and TV commonly uses ordinary found sound as a musical source. Voices, backgrounds, ambient textures and other seemingly incidental sonic source material is manipulated to extract relevance to the sonic score. The overall effect is to enhance the content of a scene by bringing contextual meaning to the audio soundscape, including sounds that could otherwise seem superfluous. Edmund has employed this technique frequently in his work in film, television and the web. Some examples would include his compositional work for the documentaries “Beyond Belief” and “Sandspit to Dildo”, the CBC series “Life, the Program”, the CBC specials “A Day in the Life of Nova Scotia” and “A Day in the Life of Canada”. 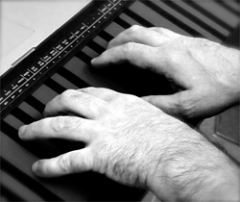 This Hour has 22 Minutes – Original music composition and production, including main theme, extros, commercial bumpers and seques for the weekly comedy news program.

The Rome Coliseum – Original music for a multimedia presentation inside the coliseum in Rome Italy. This production runs in the summer and fall of 2018 and features a multichannel sound environment, with video and still projections on the interior surface of the Coliseum.

Yuga – Original music and sound design for Yuga, an immersive multimedia event presented inside an ambiosphere, an inflatable projection dome. Yuga premiered at the Nuit Blanche festival in Montreal. Spectators enter a large inflatable structure, and an video is spherically projected against the interior dome surface, completely enveloping the participant in the middle of an multichannel music and sound effects presentation.

FLicKeR – Original music and sonic dream machine realization – FLicKeR is a documentary about Brian Gysin and his invention the dream machine. Gysin wrote and rewrote his name in countless permutations, as if to make it disappear – in the process, inventing the cut-up technique that his lifelong friend, Beat novelist Burroughs, would make famous.

E – music and sound design – E is a video and audio production which premiered at the Canadian National Exhibition. The CGI generated video was meticulously 3D mapped and projected onto the surface of the Direct Energy Centre in Toronto, with the original score delivered immersively in quadraphonic space.

Additional work examples can be found at http://www.twelfthroot.com/examplesintro.html.