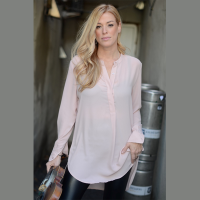 Anna Ludlow began her professional journey in Nova Scotia in the late 1990s and since then, has been captivating audiences across North America.

Since 2005, she has been the principle fiddler for  the critically acclaimed Halifax production DRUM! This career opportunity helped launch her career as a solo artist, and in 2009, she released her debut album “Reel to Reel”. The album drew nominations from both Music Nova Scotia and the East Coast Music Awards.

Anna’s musical style has continued to evolve, and is fueled by her cultural curiosity and openness to new musical influences. Her upcoming release focuses on fusing the Maritime Kitchen Party with percussive and contemporary influences that will have you on your feet. Anna Ludlow is not to be missed.