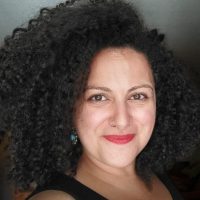 I am an ethnomusicologist who focuses on Egyptian Christian popular music in Egypt and a growing diaspora in the U.S. and Canada. Specifically, I examine how Orthodox music culture shapes the Coptic community’s gendered subjectivities, and the use of virtual technologies to challenge traditional understanding of (holy) belonging, sexuality, and faith. This work builds on my dissertation, “The Politics of (Dis)Engagement: Coptic Christian Revival and the Performative Politics of Song” (2014) that followed a powerful religious revival that used popular song to combat, and at times, comply with structural marginalization in colonial and missionary encounters, as well as sectarian conflict in Egypt and abroad. I also trace how these song and hymns, now translated for the diaspora, facilitate important conversations about Coptic experiences of racialization, assimilation, and belonging in an American and Canadian diaspora.

I am cross appointed to the Institute of African Studies (IAS), the Institute for Comparative Studies in Literature, Art, and Culture (ICSLAC), and the Pauline Jewett Institute of Women’s and Gender Studies, and Music. I teach courses on ethnomusicology theory and method, music and religion, sounded globalization, as well as music and conflict.

(2017) “To Die is Gain: Singing a Heavenly Citizenship Among Egypt’s Coptic Christians” in The Afterlife in the Arab Spring (reprint of special issues of Ethnos, 2014), edited by Amira Mittermaier, (New York: Routledge), 67-88.