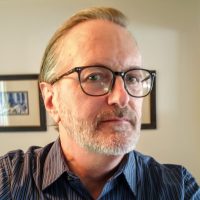 Tenor David MacAdam has been praised by critics as both being “both singer and performing
artist”. He has performed with opera companies including NY City Opera in their summer
home at Artpark, Greater Buffalo Opera, Syracuse Opera, Opera Lyra Ottawa, Nickel City
Opera, Ohio Light Opera, Théâtre lyrique de Gatineau, Buffalo Opera Unlimited, Opera Breva,
Opera Sacra, and others in both Canada and the United States, with distinguished conductors
including Christopher Keene, Gustav Meier, David Efron, Anton Coppola and Mario Bernardi,
and with Stage Directors including among others Ken Cazan, Nicholas Muni, Herbert Kellner,
and Charles Nelson Reilly. David performs often in opera, recital & concert, and has been
heard in live broadcasts including CBC Radio & the WBFO Opus Classics Live series in the
U.S., and in numerous performances and premiers of “New Music”, most recently the world
premiere of Persis Vehar’s major opera “SHOT!” in June of 2016. An alumnus University of
Buffalo, he holds BFA and MM degrees in Vocal Performance, both with honors. His
education includes training in all areas pertaining to the lyric stage: vocal performance, dance,
acting, directing, stage management, and technical areas, and he participated in master classes
conducted by such luminaries as Gérard Souzay, Elly Ameling, Dalton Baldwin, Margaret
Harshaw, Heinz Rehfuss, and Maureen Forrester, among others, with extensive focus on lieder
& mélodie.

As a Stage Director, David has led many productions and worked with prominent international
casts, including critically acclaimed Nickel City Opera (Buffalo) productions of The Barber of
Seville (2009, NCO’s début opera) and Rigoletto (2010).

An Associate Performance Instructor in Voice at Carleton University, David also maintains an
extensive private vocal studio, and truly enjoys and is committed to working with aspiring
young artists. Students of David’s have won numerous awards, many a significant number have
advanced into successful performing careers in Classical Music, Musical Theatre, and Popular
Music.

David is a member of both the Canadian Actors Equity Association and the American Guild Of
Musical Artists, and he is represented by Gregory Sheppard Artist Management in New York.
On the other side of the stage, David was co-founder of the Greater Buffalo Opera Company,
Operations Manager at Syracuse Opera, instrumental in the establishment of Nickel City Opera,
and has extensive experience in the management end of the performing arts with a number of
companies, including Hawaii Opera Theatre, Opera Lyra Ottawa and El Paso Opera among
others. He is currently Associate Artistic Director of Nickel City Opera in Buffalo, NY, and
General & Artistic Director of Ottawa Pocket Opera in Canada.