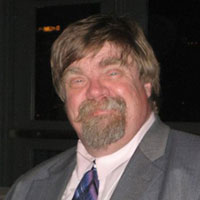 James Deaville is a Musicologist specializing in music, composers and musical practices and institutions of the 19th and 20th centuries, having published and spoken about such diverse topics as Franz Liszt, music criticism, television news music, African-American entertainers in turn-of-the-century Vienna and “fascist” Nordic composers during the Third Reich. In 2008, his article “Publishing Paraphrases and Creating Collectors: Friedrich Hofmeister, Franz Liszt, and the Technology of Popularity” from Liszt and His World (Princeton University Press) received the Richard S. Hill award of the Music Library Association for the best article published in 2006. He has edited or co-edited books about Wagner (Pendragon), Liszt (Pendragon), Peter Cornelius (Schott) and Music and Broadcasting (under review), and guest edited special issues of the 19th Century Music Review and Canadian University Music Review. He has contributed to books published by Oxford, Cambridge, Routledge, Princeton, Yale, Ashgate and Rochester (among others), and has published in the Journal of the American Musicological Society, Journal of the Society for American Music, 19th Century Music Review, Echo, Current Musicology, Hamburger Jahrbuch für Musikwissenschaft and Canadian University Music Review (among others). As an Advisory Board member for the Grove Dictionary of American Music, he was responsible for Canadian music and musicians and musical concepts, terms and scholarly approaches.