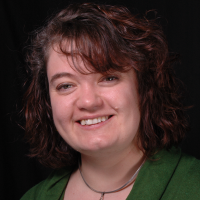 Ellen MacIsaac received her PhD in Ethnomusicology at University College Dublin, Ireland, with a specialization in the traditional singing style and repertoire in Irish and English. After returning to Canada, she got involved in traditional singing in Ottawa, giving guest lectures on sean-nós (old style) Irish singing, and performing at local céilís and sessions and further afield. In 2012, she won first place in the sean-nós competition at Canada’s first Irish-language festival and competition, the Oireachtas Gaeilge Cheanada, and represented Canada at the 2012 Oireachtas na Samhna, Ireland’s Gaelic-speaking festival. She currently performs regularly in Ottawa as a Celtic-style vocalist. She lectures at the University of Ottawa in the Modern Languages Department as part of the Minor in Celtic Studies and is a vocal instructor at Carleton University’s Music Department in Celtic-style singing. She created the Ottawa Celtic Choir in 2007, and acts as its musical director. She regularly arranges Celtic music for the choir.