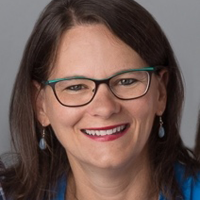 Anna Hoefnagels is an ethnomusicologist specializing in First Nations music, the music of Canada, and music and gender. Her current research explores urban Aboriginal music-making in the context of cultural reclamation and recovery, primarily focusing on the intergenerational effects of colonialism on First Nations women in Canada and the use of music and music-making activities in women’s personal journeys of cultural recovery. Her research has also focused on powwow traditions in Southwestern Ontario First Nation communities, as well as the gender politics and restrictions for female musicians in powwow music-making practices.  She has also undertaken research on the emergence of children’s music performers in Canada, their output, and the context in which they worked in the 1970s and 1980s, illustrating the importance of this time period to the children’s music market in Canada.

With Beverley Diamond, Anna co-edited Aboriginal Music in Contemporary Canada: Echoes and Exchanges (McGill-Queen’s University Press, 2012), and, with Gordon Smith, Folk Music, Traditional Music, Ethnomusicology: Canadian Perspectives, Past and Present (Cambridge Scholars’ Press, 2007). In addition to chapter in these anthologies, Anna has published articles in the Women and Music: A Journal of Gender and Culture, MUSICultures, Canadian Journal for Traditional Music, Ethnologies and World of Music.

Anna has presented her research at various conferences, including the Society for Ethnomusicology, the Canadian Society for Traditional Music, the International Council for Traditional Music, the British Forum for Ethnomusicology, the Folklore Studies Association of Canada, and the Canadian University Music Society. Before joining the School in 2005, she was Assistant Professor of Music at Augustana Faculty, University of Alberta from 2001-2005 and she also taught at York University. She currently teaches courses in ethnomusicology, Canadian music, the music of Canada’s First Peoples, music and gender, and research methods.