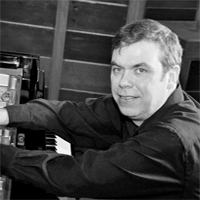 His primary research and research creation involve the theory, and analysis of tonal jazz and popular music, as well as 18th- and 19th-century art music. His work has been published in Jazz Perspectives, Journal of Jazz Studies, Intégral, Discourses in Music, Proceedings of The Phenomenon of Singing International Symposium V and CAML Review, with other research forthcoming. He was accepted as a Fellow of the prestigious Mannes Institute for the Advanced Study of Music Theory (2008). He is currently the editor of the Jazz Theory Bibliography, searchable online database, affiliated with the Society for Music Theory, Jazz-Interest Group.

As a pianist, he specializes in improvised musics, and has performed in Canada, the United States, and Europe. In recent years, he has released three albums as co-leader: Two Intents with Modasaurus (a jazz-fusion quartet that performs Dr. McGowan’s compositions and includes Carleton performance instructors and alumni, the HML Trio), Songs from the Bridge with EvenSong (a jazz-gospel quintet, funded in part by a grant from the United Church of Canada), and Over the Mountain (improvised music with percussionist Dong-Won Kim, who performs with Yo-yo Ma’s Silk Road Ensemble). He also performs throughout Ottawa as a jazz and collaborative pianist.