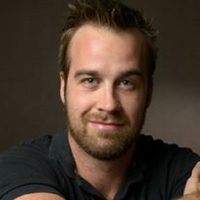 Jamie has been an active member in the Ottawa music scene for the past 12 years and is one of the most sought-after drummers in the area. With over 20 years of experience, Jamie has gained a vast amount of knowledge and experience on and off the stage and can be seen regularly working with numerous bands playing jazz, fusion, funk, blues, rock, pop, Latin,  hip-hop and just about everything in between. Jamie’s joy, passion, and creativity shine when he sits down at the kit which has allowed him to be currently holding the drum chair for The Prime Rib Big Band, Michael C. Hanna, Sly High, Beats n’ Keys, HML Trio, The Chocolate Hot Pockets, Thrust, Modasaurus, Destiny, and HOROJO Trio (with international blues artist JW-Jones).

Jamie has performed in Canada, United States, Europe, Australia, the South Pacific Islands, and most recently for the troops in Africa.  He performed on the JW-Jones album “Belmont Boulevard” which earned a JUNO Award nomination for Blues Album of the Year in 2015. In addition to playing in small combos as well as large ensembles, Holmes is a passionate drum set teacher who specializes in reading/counting, co-ordination, various music styles and the importance of “working in a band.”