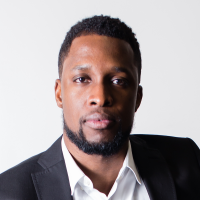 John Kofi Dapaah is a pianist crossing the boundaries of the classical and jazz world. John has performed in recitals and concerts in Japan, Austria, and throughout Canada. He has played in recital series such as the Ottawa International Chamberfest, Cathedral Arts Series, Jugend am Klavier and Music and Beyond to name a few. John made his orchestral debut with the Gatineau Conservatory Orchestra in a concert playing Mozart’s Piano Concerto no. 23. Most recently, he performed Tchaikovsky’s Piano Concerto no. 1 with the Georgian Bay Symphony. John has also performed for dignitaries such as the former Governor Generals of Canada; Michaëlle Jean and the David Johnston, and numerous Ambassadors to Canada. John’s composed work for string quartet was performed with choreography at Ottawa’s National Arts Centre.

Music has taken John on a voyage through many parts of the world. It has brought him to reflect on a range of styles including classical, jazz and gospel piano. He began his classical piano studies with Tabuchi Masako in Muroran, Japan. Upon his family’s relocation to Canada, John continued his studies independently. He then enrolled and obtained his Bachelor’s in music at Carleton University. At Carleton, he studied with classical pianists Verna Jacobson and Nicole Presentey as well as jazz pianists Steve Boudreau and Mark Ferguson. Dapaah pursued the final year of his undergraduate music studies at the Kunstuniversität Graz in Graz, Austria. While in Graz, he studied with Dr. Eike Straub. John graduated with high honours from Carleton in 2012. He then obtained his Master’s at the Schulich School of Music of McGill University. At Schulich, he studied with Marina Mdivani, who was a pupil of Emil Gilels. John has played in master classes for Minsoo Sohnn, Kyoko Hashimoto, and Corlenia Herrmann among others.

John has released 2 albums to date – his debut solo album, “Reflections” and a jazz Christmas album “Have Yourself A Jazzy Little Christmas” with his trio and vocalists Roxanne Goodman and Michael Curtis Hanna. John concertizes throughout Canada and runs Studio Sessions, a concert series featuring various artists.