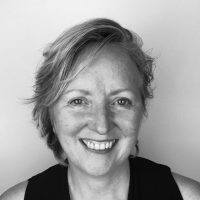 Juliette Kirk received an Associate of Music in Vocal Performance (AMus), as well as an Associate of Music in Teaching (AVCM) from the Conservatory of Music in Victoria, B.C., at the age of nineteen. She continued her studies in Ottawa at the University of Ottawa in the Bachelor of Music Program in Vocal Performance (BMus), where she met and studied with the legendary mezzo-soprano, Joan Maxwell, who has been the most significant influence on her teaching.

Leaving Ottawa to study voice with the famous mezzo-soprano Lois Marshall led her to Toronto, and it’s music scene. During that time, she also coached with Stuart Hamilton. Further studies in vocal performance took Juliette to the University of Western Ontario, where she obtained a Master of Music in Vocal Performance and Literature (MMus) degree. While in London, she taught voice at the Conservatory Canada.

In 1994, Juliette co-founded Artista Music School in Ottawa, which has recently amalgamated with Allegro Music School, of which she also owns and is the co-director. She teaches all styles and genres of music. Juliette believes it’s imperative to be able to sing many different styles and genres in order to be relevant and marketable. Many former students who have music careers are testimonials to her teaching.

In 1996, Juliette Kirk was the Guest Artist who sang at Prime Minister Chretien’s Christmas Party on Parliament Hill. Juliette was accompanied by collaborating pianist Sonia Pescatore. Juliette was the Soprano Soloist, 1997 for the Stats Canada Choir Christmas concert, Gatineau, Quebec. She was also a guest soloist for Vox Femina, Ottawa. Juliette has sung in recitals in British Columbia, Ontario, and Quebec.

Juliette has been an adjudicator for Festivals and Competitions. From 1994-2000, she was the vocal examiner for Canterbury High School under Robert Palmai. She has given many vocal workshops to community groups and choirs. She also teaches piano, violin, advanced theory, history, and solfege. Masterclasses she sang in: Maureen Forrester, Re Koster, Carl Duggan.