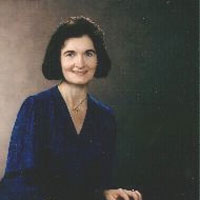 Born in London, Ontario, Elaine Keillor received the Associate (ARCT) piano performance degree from the Royal Conservatory of Music (Toronto) with all of the theory exams completed at the age of ten, a record that stood for over six decades. Becoming the first woman to receive a Ph.D. in musicology from the University of Toronto, Dr. Elaine Keillor has performed in recitals and as soloist with orchestra on piano and harpsichord throughout North America and in Europe. After teaching at the University of Toronto, York, Queen’s, and McMaster Universities, she has been since 1977 a professor at Carleton University, Ottawa, lecturing on Baroque, Classical periods, Canadian musics, ethnomusicology, keyboard performance and literature.

As principal investigator of the Canadian Musical Heritage Society, Dr. Keillor edited Piano Music I (1983). Piano Music II (1986), Music for Orchestra (1994), and Music for Orchestra III (1995). She is also the author of John Weinzweig: The Radical Romantic of Canada (Scarecrow Press, 1994), Music in Canada: Capturing Landscape and Diversity (McGill/Queen’s Press, 2006; paperback, 2008), plus numerous essays in compilations, periodicals, and encyclopedias including the Encyclopedia of Music in Canada, The Canadian Encyclopedia, New Grove Dictionary, Die Musik in Geschichte und Gegenwart, and The Garland Encyclopedia of World Music. Her latest book publication as principal author was the Encyclopedia of Native American Music of North America (2013).

In January 1999 she was the inaugural recipient of the Canadian Women’s Mentor Award in the “Arts and Culture” category. Keillor was the 2004 Helmut Kallmann Award recipient for Distinguished Service relating to music libraries and archives, for outstanding contributions in documenting and improving access to resources in Canadian music. In 2009 the Canadian Music Centre named her one of 50 Ambassadors for Canadian music. Dr. Keillor received the SOCAN Foundation 2013 Award of Excellence for the Advancement of Research in Canadian Music.

Being the team leader for their production Keillor invites visitors to the websites, www.native-drums.ca, www.native-dance.ca to explore the musical expressions of the First Peoples within Canada.

As a pianist Keillor has appeared on 27 recordings to date including those released by Conservatory Canada, Gala, and NAXOS. Teraud’s review of her recent four-CD set, Sounds of North: Two Centuries of Canadian Piano Music, states: “Thank goodness there is someone like Keillor, a devoted contributor to the storehouse assembled by the Canadian Musical Heritage Society, champion of women composers, the musical traditions of First Nations, and of new music. Keillor has an unaffected, elegant playing style that neatly lays out the many, many different styles and atmospheres she has chosen to represent.”

Her most recent CD releases include:

Among the three different invited lectures Dr. Keillor gave in England, February 2016 was one listed at the Institute of Musical Research: http://www.the-imr.uk/performanceresearch-series/

2013: SOCAN Foundation/CUMS Award of Excellence for the Advancement of Research in Canadian Music

“Indigenous Music as a Compositional Source: Parallels and Contrasts in Canadian and American Music,” in Taking a Stand: Essays in Honour of John Beckwith, editor, T. McGee, Toronto: University of Toronto Press, 1995, pp. 185-218.

“Barbeau as a Promotor of Folk Music Performance and Composition” in Around and About Marius Barbeau: Writings on Twentieth-Century Canadian Culture, edited by Lynda Jessup, Andrew Nurse and Gordon Smith, Canadian Museum of Civilization, Gatineau, QC, 2007: 137-155.

“Barbeau encouraging ‘the study, appreciation and enjoyment of the Folk Music of Canada in all of its aspects’ (with Appendix: “Where the Society Has Been”), in Folk Music, Traditional Music, Ethnomusicology: Canadian Perspectives, Past and Present, edited by Anna Hoefnagels and Gordon E. Smith, Newcastle, UK: Cambridge Scholars Press, 2007: 241-250.

“Critical Reception, Performance, and Impact of Schoenberg’s Music and Thought in Canada Prior to 1960” in I Feel the Air of Another Planet: Schoenberg’s Chamber Music, Schoenberg’s World, edited by Alan Gillmor and James Wright,Hillsdale, NY: Pendragon Press, 2009: 199-228.

(With Lucy Lafferty) “Musical Expressions of the Dene: Dogrib Love and Land Songs” in Music of the First Nations: Tradition and Innovation in Native North American Music, edited by Tara Browner Urbana/Chicago: University of Illinois Press, 2009:  21-33.

“Morawetz and Weinzweig: Looking Forward and Looking Back in Their Last Piano Compositions,” (in press) in Festschrift for Carl Morey, edited by Gordon Smith and Robin Elliott, Waterloo: Wilfrid Laurier Press.

“ Principles of Indigenous Pedagogy and Putting Them into Practice,” co-authored with John Medicine Horse Kelly, (in press) in The Wisdom of the Many – Key Issues in Arts Education: International Yearbook for Research in Arts Education, edited by Shifra Schonmann.

“Amerindians at the Rodeos and Their Music,” in Contemporary Indigenous Popular Music in North America, Karl Neuenfeldt, ed. The World of Music: Journal of the Department of Ethnomusicology Otto-Friedrich University of Bamberg,vol. 44/1 (2002): 75-94.

(With Stan Louttit) “Dancing of the Anishinaabe,” www.native-dance.ca, for which Elaine Keillor was the team leader, posted 21 January 2007.

“Writing for a Market: Canadian Musical Composition before the First World War,” commissioned by Library and Archives Canada, posted April 2004.

“Native Drums in the Context of World Instruments,” this essay and much of the writing on the website, www.native-drums.ca was done by the team leader, Elaine Keillor, posted 21 June 2005.

“The Beginning of Orchestral Music in Canada,” and co-author of “Cultural Influences and World Connections,” “Musical Structures,”, “Power of the Voice,” on the website, VMC Learning Collection of the National Arts Centre, www.artsalive.ca/collections/nacmusicbox/en/#1/search.php, posted May 2010.

Continuum Encyclopedia of Popular Music of the World: Vol. II: Performance and Production (2003)

The SAGE Encyclopedia of Ethnomusicology .

Chamber musician with Ralitsa Tchiolokova in recital and on CDs