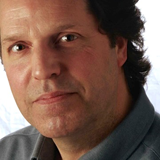 Paul Théberge is a Canada Research Professor in Music and Interdisciplinary Studies and is cross appointed to the Institute for Comparative Studies in Literature, Art and Culture and to the School for Studies in Art and Culture (Music). He teaches courses on the technologies of culture (in the Ph.D. program in Cultural Mediations), on sound in film and television (Film Studies program), and on sound studies (Music program).

Prof. Théberge’s research interests include issues relating to music, technology and culture, music and the Internet, and the uses of sound in visual media. His publications have appeared in numerous anthologies and in journals such as Cultural Studies, Social Studies of Science, and the Canadian Journal of Communication; he has also produced, for Sony Classical International, a 2-disc set of experimental recordings by Glenn Gould. Book awards: International Association for the Study of Popular Music (US branch, 1998); Society for Ethnomusicology (2000). “The End of the World as We Know It: The Changing Role of the Studio in the Age of the Internet.” in Frith, S. & Zagorski-Thomas, S. (eds.), The Art of Record Production – An Introductory Reader for a New Academic Field. Farnham, Surrey, UK: Ashgate, 2012, pp. 77–90. “These Are My Nightmares: Music and Sound in the Films of David Cronenberg,” in Hayward, Philip (ed.), Off The Planet: Music, Sound and Science Fiction Cinema. London: John Libbey, 2004, pp. 129–148.