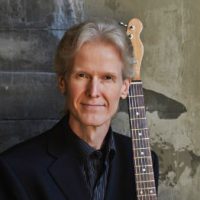 Tim Bedner is a modern lyrical composer and improviser, and an award-winning teacher and performer on six- and seven-string guitar. Reviewers have called him “a talent and a force, playing with grace, style, passion, and inventiveness.” His CD recording “Of Light and Shadow” debuted in the #1 spot of the CMJ jazz chart, where it remained in the Top 40 for four weeks.