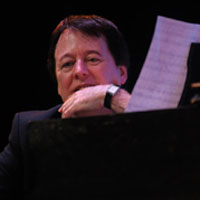 James Wright completed a Ph.D. at McGill University in 2002. His dissertation on Schoenberg and Wittgenstein was awarded the Governor-General’s Gold Medal, the first time in McGill University’s history that this distinction has been conferred upon a musicologist. Dr. Wright’s primary research areas encompass music philosophy and aesthetics, music perception, 20th-century music history, post-tonal music theory and analysis, dance and music, and the history of music theory. He is also known as a composer of numerous published choral works. In 2005, his first book, titled Schoenberg, Wittgenstein, and the Vienna Circle (now in 2nd edition), was published by Verlag Peter Lang of Switzerland. In 2006 the book received a Lewis Lockwood Award, presented annually by the American Musicological Society for outstanding new books on musicological topics. In 2009, Dr. Wright edited and published a collection of essays, Schoenberg’s Chamber Music, Schoenberg’s World (Pendragon Press) together with co-editor Emeritus Professor Alan Gillmor, following an International Schoenberg Symposium which he organized and hosted at Carleton University in 2007 (see www.carleton.ca/ssac/music/schoenberg/). He serves as Vice-President of ONMC (Ottawa New Music Creators), an Ottawa Composers’ Collective (http://www.onmc.info).  Dr. Wright teaches music theory, composition and musicology for SSAC. He has just completed a new book on Eldon Rathburn, a Canadian composer who wrote more than 300 film scores during a distinguished 40-year career as a staff composer with the National Film Board of Canada. They Shot, He Scored: The Life and Music of Eldon Rathburn (cover below) will be published in early 2019 by the McGill-Queen’s University Press of Montreal. 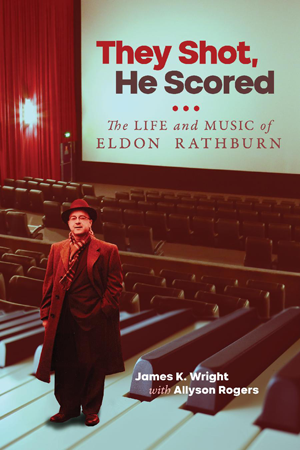 CBC “All in a Day” with Alan Neal: a celebration of the 100th anniversary of Eldon Rathburn’s birth, and we marked the occasion with the first recording session in preparation of a forthcoming CD titled “Eldon’s House of Jazz” (in Normand Glaude’s Morning Anthem Studios in Cumberland, ON).

CBC “Ottawa Morning” interview with Kathleen Petty, about the launch of the Carillon Program at Carleton (March 28, 2011). (mp3 file here)