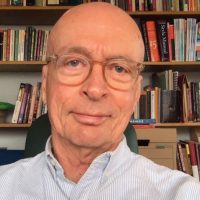 Jay Drydyk is interested in many questions of social and political philosophy but has focused on economic and social development (local and global) from a standpoint of public reason. With co-editor Lori Keleher he mobilized 40+ colleagues worldwide to produce the Routledge Handbook of Development Ethics in 2019. His analysis of empowerment and other values of development ethics resulted from two projects on development-induced displacement, in which he worked with colleagues in India to study ethical risks that arise when development displaces people and their communities. The results were published in Displacement by Development: Ethics, Rights and Responsibilities (Cambridge 2011), co-authored with Peter Penz and Pablo S. Bose.

His current work addresses what can be known about social and global justice without resorting to ideal theory. One highlight of this work is a highly egalitarian idea of capability sufficiency as a goal for social and global justice. Another is a capability approach to oppression. He is past President of the International Development Ethics Association and current President of the Human Development and Capability Association.

Accountability in Development: From Aid Effectiveness to Development Ethics. Journal of Global Ethics 15/2 (2019): 138–54.

Justice as a Virtue: What Can We Expect of Our Allies? In Theorizing Justice: Critical Insights and Future Directions, co-edited with Krushil Watene, 95-114. London and New York: Rowman Littlefield International, 2016.

Vikram Panchmatia. The Neo-stoic Empath and the Capabilities Approach. April, 2017.

Hamid Andishan, Dignity of the Other: A Minimal and Common Perspective toward Equal Respect. May, 2014.