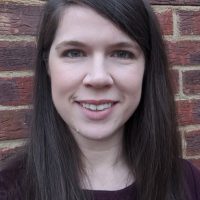 My research interests lie primarily in 19th and 20th century German and French social and political philosophy. In general, I investigate the metaphysical commitments and historical roots of contemporary ideological orientations. I am currently researching different concepts of civil society in relation to questions of the state and identity in German Idealism and Critical Theory. An additional one of my ongoing projects develops a critical analysis of populism out of the work of Theodor W. Adorno. I wrote my doctoral dissertation on F.W.J. Schelling’s political philosophy—the first standalone monograph on the topic in English.

In addition to my research, I am committed to innovative, practical approaches to carrying out philosophy in public. My work in applied and social philosophy is particularly exemplified through my activities as Co-Director of the ecological NPO For A New Earth (FANE). In this role, I have mobilized philosophy in the public sphere and contributed to policy debates in Newfoundland and Labrador. I am particularly passionate about local, grass-roots action addressing climate change and related ecological issues. FANE has accordingly hosted numerous public events on the ecological effects of specific industries and government megaprojects. My op-ed articles and radio interviews have also addressed themes in feminism and other current political and ecological matters.

I am an active translator from French and German into English. My published translations include the first appearance of Schelling’s Late Political Philosophy: Lectures 22-24 of the Presentation of the Purely Rational Philosophy in English.

“The Implications of Schelling’s Metaphysics of Contingency for Phenomenology,” Kabiri: The Official Journal of the North American Schelling Society 1, 2018.