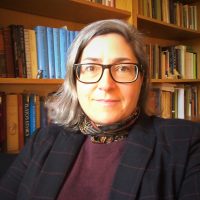 My doctoral dissertation was on the care for the soul in Plato’s dialogues. I mention this although it was a while ago because it had an impact on my publication and research activity for more than a decade after I left Paris, where I completed my PhD at La Sorbonne. Working on Plato can be complicated and frustrating at times. But it has the advantage of enabling one to get a solid perspective on pretty much everything that preceded and followed in ancient philosophy. Retrospectively, I am not unhappy about my past choice.

The most conventional way to describe my work and skills, academically, would be to say that I am a historian of ancient philosophy. But this would be vague. My interest in ancient thought has several sources.

First, I would say that my being a historian is accidental, so to speak. I focus on ancient philosophy not because I am interested in the past per se, but because this is where I find the type of philosophy that I care most about and love. The reasons for that are many. First, ancient philosophy is a philosophy that is closely related to psychology in a practical sense. It aims at self-transformation trough care for the self (epimeleia heautou, therapeia tes psyches), which means, among other things, that it considers intelligence in its interaction with habits, entrenched opinions, desires, and emotions, and it believes in the value of education and exercise to modify these. Second, it is a search for knowledge and truth guided by a concern for the good (hence its name philosophia, love of wisdom). Its deepest conviction is that human happiness –both at the individual and collective level– depends on wisdom. This is bold. Third, it presents itself as a way of life or art of living, which means that it pays attention to many aspects of human existence that modern philosophy traditionally neglects (how one relates to food, drink, love, possessions, illness, misfortunes, etc.). Fourth, it is a search whose object is comprehensive. Ancient philosophers did not limit their inquiry to one specific area of the world such as nature, language, politics, say. They cared for all parts of reality –a holistic approach. Finally, it is a philosophy that preceded the advent of technical jargon and a philosophy that can be very funny despite the seriousness of its commitment. Since I dislike jargon and enjoy laughing, this matters to me.

A second reason that explains my interest in the history of philosophy is more social and critical in nature. I am interested in philosophical ideas: their origin, the way they become influential, the way they imperceptibly shape our experience of the world. We find a good example of such inquiry in the work of feminist philosophers who trace the origin of current ways of experiencing and speaking of the body back to Plato or Descartes, for instance. In that sense, one does not need to ‘know’ philosophy to be influenced by it, and the work of historians is important as a critical tool and a source of self-knowledge at the cultural level. This is what Nietzsche and Foucault called genealogy. I integrate this practice into my teaching activity.

Teaching is where I ‘do’ philosophy. I attempt to teach with clarity, humor, and honesty. I have regularly taught The Philosophy of Love and Sex in recent years (PHIL1700), but my main teaching responsibility is PHIL2005: Greek Philosophy and the Western Tradition. I love teaching that course, although seminars are probably the most exciting pedagogical experience for me. I treat seminars like events. The group is like a research team embarking on a unique and non-repeatable adventure. This is part of the reason why I have never ‘taught’ the same seminar twice, but you can get an idea of the type of themes I cover by looking at my list of past seminars, below. I am especially proud of the graduate students whose research I have had the privilege to supervise.

Currently, I am working at a book on education in late Stoicism and serve as the departmental Chair. This administrative responsibility does not leave much time for research, but I see this assignment as an opportunity to develop what Aristotle called phronesis, practical wisdom, and to cultivate philia in the context of my department and beyond.

2017: Aristotle and the roots of ableism

2016: The role of pleasure in the good life in Plato, Aristotle, and Epicurus

2014: Ancient and contemporary conceptions of the self

2013: The Enigma of Plato’s Socratic dialogues

2011: Aristotle on the care for the soul

2007: Care for the self and care for others in ancient and contemporary philosophy

Baker, Joey. 2019. Aristotle on the Preparatory Role of Habits in Education. Nominated for a Senate Medal. Enrolled in the PhD program in philosophy at Dominican College.

Smith, Brandon. 2018. An Analysis of Spinoza, Aristotle, and Epicurus’s Accounts of Pleasure. Senate Medal. Enrolled in the philosophy program at McGill University.

Pajunen, Patricia. 2016. Hope: What have you done for us lately. Enrolled in the PhD program in philosophy at the University of Guelph.

Laidley, Iain. 2012. The Problem of Parmenides: An Analysis of the Dialogue with a View Towards its Ethical Implications. Nominated for a Senate Medal. PhD from Brown University, 2018.

DeRoche, Jason. 2011. Aristotle on the Education of Desire and Emotion. Admitted in the PhD program in philosophy at the University of Toronto.

Selected publications (for a complete list, see my CV)

“What Happened to the Philosopher-queens? On the ‘Disappearance’ of Female Rulers in Plato’s Statesman,” J. Allard, I. Chouinard, Z. McConaughey, R. Noël, A. Ramos (eds.), Feminine* Perspectives on Ancient and Medieval Philosophy, ‘Logic, Argumentation and Reasoning series,’ Springer. Forthcoming.

“Being and Time and the Ancient Philosophical Tradition of Care for the Self: A Tense or Harmonious Relationship?” Philosophical Papers, Special Issue ‘The Therapeutic Potential of Philosophy’ D. Futter (ed.), Volume 43, Issue 1, 2014, 123-144.