First-year Seminar (FYSM) courses are smaller classes (with a maximum of 30 students) designed to give students the unique opportunity to discuss and research topics of interest in a core subject area.

While most university students have to wait until their third or fourth year of study before having the chance to participate in a more intimate seminar setting, as a Carleton University Bachelor of Arts student, the engaging seminar experience is available to you at the first-year level. 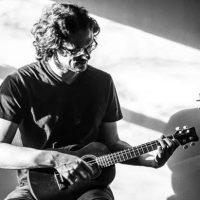 Have you ever wondered what the mind is? Have you ever asked yourself: “Is my mind something special, ineffable, and mysterious? Or is my mind more like a machine, like a computer?” Philosophers have been asking questions about the mind since antiquity, when thinkers like Plato and Aristotle argued that thinking, perceiving, and acting owes to the possession of a rational soul. As the centuries passed, other thinkers began to explore another possibility: that the human being – both the body and the mind – is a kind of natural machine. Over the coming weeks, you will gain an understanding of the mind – and hone your reading, writing and critical thinking skills – by considering some classic philosophical works concerning the nature of minds and machines. 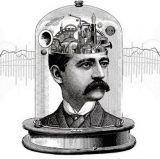 We shall begin by learning about the aforementioned philosophers’ thoughts about the soul: an immaterial entity that is essentially you. As we proceed, we will encounter an opposing view: that the human being – and by extension the mind – is just an intricate, natural machine. For example, we will read the work of some 17th materialist thinkers like Thomas Hobbes and Julien Offray de la Mettrie, who rejected the idea of an immaterial soul and argued that the mind and body are machines. We will also read the work of thinkers whose position lies between these two, like René Descartes, who believed the body was an intricate machine controlled by the soul. We will continue our survey up to the 20th century, where we will examine the works of figures like Alan Turing, Hilary Putnam, John Searle and Daniel Dennett, who sought to understand the mind using the tools of philosophy in addition to those of computer science, neuroscience, psychology, and the like. As we proceed through the seminar, we shall also tackle questions that are intimately tied to discussion about minds and machines, namely ones that concern the nature of free will, consciousness, agency, and artificial intelligence.

What is consciousness? This is a question that philosophers have grappled with for as long as they have been doing philosophy! Consciousness is, on the one hand, familiar to all of us since we are conscious beings. On the other hand, it is perhaps one of the most mysterious and intriguing phenomena in the known universe. In everyday language, consciousness is variously defined as being awake and aware, or as the capacity to experience, or as subjective experience, as a state of mind, and so on. But how have philosophers answered the question: what is consciousness? Over the coming weeks, you’ll gain an appreciation of some of the answers that have been provided to this question – as well as an appreciation of many other questions related to the mysteries of consciousness – by surveying the interdisciplinary field of consciousness studies.

Music is a universal human practice: every culture on Earth has some kind of musical tradition, and many people across these cultures enjoy listening to, writing, playing, or performing music. While the word “music” comes from the ancient Greek μουσική (mousiké, meaning “the art of the muses”), music is prehistorical, as evidenced by flutes and drums found at paleolithic-era archeological sites. You undoubtedly have a favorite style of music, or a favorite musician, and you may even play a musical instrument. But have you ever asked yourself, “What is music?”

Over the coming weeks, we’ll try to answer this question by exploring how philosophers, musicians and scientists have answered this question. Our learning journey will feature the works of thinkers like Pythagoras, Plato, Kant, Hegel, Schopenhauer, Nietzsche, and others. We will begin by learning about fundamental elements of music such as pitch, timbre, harmony, melody, tempo, rhythm, and dynamics. Then, we will read and discuss what the above-mentioned philosophers have written about music: what music is, what music isn’t, and how it is related to other forms of art. Along the way we’ll also learn about the history of music, what musicians have to say about music, and what science can tell us about music’s effects on the mind and body. Of course, we will also use examples of music from all kinds of styles and genres to illuminate our inquiry. We will encounter all sorts of interesting questions pertaining to music that span metaphysics, mind, ethics, and aesthetics. Is music just “organized sound”? How is music related to the emotions? What is the role of the mind in enjoying music and performing music? Is music similar to language, or to mathematics, and if so how? Are there styles of music or musical compositions than are “better” than others? What features of music contribute to its aesthetic properties? Are some musical styles or compositions morally “good” or “bad”? We’ll explore all of these questions, and more, as we learn about the philosophy of music together!