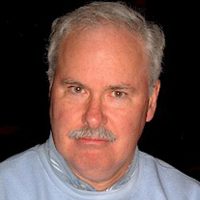 Scott Bennett received his undergraduate education at the University of Chicago and completed his master’s and doctoral programs at York University. He has served as a policy consultant at the provincial and federal levels of Canadian government, and was involved in designing one of the largest true social policy experiments in history, the Manitoba Basic Annual Income Experiment. He has also worked with or trained senior staff for most of the major survey research and public affairs consulting firms in Canada. He has served on expert panels to design standards for surveys undertaken on behalf of the Canadian federal government. Recently, he has also assisted the Office of the Parliamentary Budget Officer with analysis of major federal policy such as the Infrastructure Stimulus Fund and the Truth in Sentencing Act.

His general interests are in public affairs and public policy, including public opinion and survey research, quantitative research methods, design of public policy and institutions. More recently, he has also pursued research on the governance of human communities in the context of scientific, social and technological change.

Current academic research projects include study of the use of information (including public opinion) in governance and the experimental study of changes in responses to policy and public opinion changes in response to information. He has already published in all of these areas. He also continues to develop related material on the in the long term relations of institutions, technology and physical constraints of communities.

Apart from his academic interests, Bennett is well known in the public affairs, public opinion and market research consulting communities.