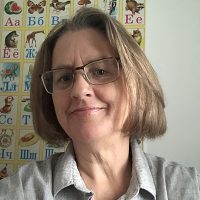 Andrea Chandler is a Professor of Political Science who specializes in the politics of Russia, within the context of comparative and European politics. She was educated at Dalhousie University (BA Honours, 1984), Carleton University (MA, 1987), and Columbia University (MPhil 1990, PhD, 1992). Her particular areas of interest include the following: social welfare and politics in Russia; gender, identity and politics in Europe; comparative democratization and reform; and European politics. She is the author of three books, and has twice been a recipient of Standard Research Grant funding from the Social Sciences and Humanities Research Council of Canada. She was the recipient of a Carleton University Research Achievement Award in 2017. In 2017, she was awarded a Research Stay for University Academics and Scientists scholarship from the DAAD (German Academic Exchange Service), which enabled her to visit Berlin, Germany in order to do research for her current project, Canada and Eastern Europe during the Cold War, 1945-1989: Politics of Democracy Promotion.

on Alexei Navalny and the 2021 Russian Anti Corruption Protests: