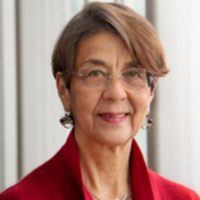 Cristina Rojas is a professor in the Department of Political Science and was the director of the Institute of Political Economy at Carleton University (Canada). Her academic research includes political ontology, indigeneity, peace and citizenship studies. Presently she is doing a research project “Territory Making as World Making: a Participatory Comparison of Indigenous-state Conflicts in Bolivia and Paraguay” financed with an SSHRC grant. She won the Distinguished Fellow Award (2019) from the Canadian Association of Latin American and Caribbean Studies; and the Eminent Scholar Award from the Global Development Section, International Studies Association (2016). The Faculty of Public Affairs Carleton University granted the Research Award (2015) and the Graduate Students Mentoring Award (2015). She is the author of Civilization and Violence: Regimes of Representation in Nineteenth Century Colombia, co-editor of Narratives and Imaginings of Citizenship in Latin America and Elusive Peace: International, National and Local Dimensions of Conflict in Colombia.

Ontological disputes between Indigenous communities and the state in Bolivia. Third World Thematics, A TWQ Journal, 3:4, 2018, 479-495

Narratives and Imaginaries of Citizenship in Latin America, Routledge, 2014. With Judy Meltzer.