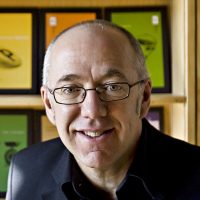 Dr. Cross is a student of Canadian and comparative political institutions and his work emphasizes the connections between civil society and political parties and legislatures. His recent work focusses on questions relating to intra-party democracy and organization.  This includes studies of party leadership selection, candidate recruitment and selection, party membership, election campaigning and power relations between local and national party organizations across the Anglo parliamentary democracies.  In recent work, Dr. Cross has explored the relationship between party organization and gender.

Dr. Cross joined Carleton in 2005 after teaching for eight years at Mount Allison University in Sackville, New Brunswick where he held the Edgar and Dorothy Davidson Chair in Canadian Studies. Prior to that, he was a SSHRC post-doctoral fellow at the University of British Columbia.  In an earlier life, he was Legal Counsel to the Democratic National Committee in Washington, D.C. and Staff Council for Dukakis for President in Boston, MA.

William Cross, “Understanding Power Sharing in Political Parties: Stratarchy as Mutual Interdependence Between the Party in the Centre and the Party On-The-Ground,” Government and Opposition 53:7, 2018, 205-230.