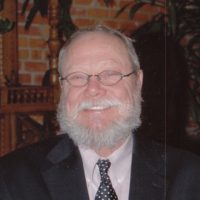 Tom Darby is Professor of Political Science in the field of political theory. He received his AB degree from Mercer University and his MA in political science and philosophy from Georgia State University. He earned his PhD in political science and philosophy from York University. His main interests are ancient and modern philosophy, technology and global politics. He has written The Feast: Meditations on Politics and Time (1982 and 1990), has edited works on technology and Nietzsche and nihilism, together with numerous chapters in books and essays in national and international journals. He is currently working on two other books, listed below. He has received two excellence in teaching awards.

“Overarching Metaphors and Configurations of the Western City” (Bloomington: Design Principles and Practices, an International Journal) 2011.

“Filozopie Pre Epoche Globalizcie: Razhovor S Prof. Tomom Darbym” interviewed in Filozofia (Brataslava: 54, 1999) pp. 186-195. To be re-published in German and English by the Austrian Journal of Philosophy as “Philosophies for the Globalized World: An Interview With Tom Darby”.