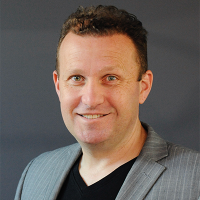 Marc Hanvelt’s primary research and teaching interests are in the history of political thought, the Scottish Enlightenment, David Hume, and the history of liberal and democratic theory. A native of Vancouver, Professor Hanvelt received his BA and his MA from the University of British Columbia before earning his PhD in political theory from the University of Toronto. He has worked extensively on the political thought of David Hume, and is the author of The Politics of Eloquence: David Hume’s Polite Rhetoric (University of Toronto Press, 2012). He recently completed a new manuscript on Hume’s account of political courage. Currently, he is working on a project that explores the relationship between conceptions of history and political judgment in the works of five major Scottish Enlightenment thinkers. He is also working on a longer-term project as a co-editor for a forthcoming critical edition of Hume’s History of England to be published by Oxford University Press.