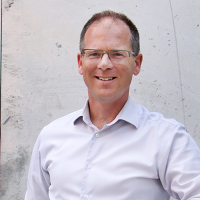 Jonathan Malloy holds the Honourable Dick and Ruth Bell Chair in Canadian Parliamentary Democracy and is Professor in the Department of Political Science at Carleton University. He previously served as department chair from 2012-2018 and currently serves as Associate Dean (Research and International) in the Faculty of Public Affairs. He has taught at Carleton since 2000, after receiving his PhD from the University of Toronto and earlier degrees from the University of Waterloo and Queen’s University.

His interest in parliamentary government began when he served as an Ontario Legislative Intern in 1992-93. Since then, he has been teaching, writing, and thinking about Canadian political institutions. He served as president of the Canadian Study of Parliament Group from 2009-2013, and his book The Paradox of Parliament is forthcoming in spring 2023. He has also co-authored and co-edited two books on Ontario politics – The Politics of Ontario, co-edited with Cheryl Collier, and Fighting for Votes, co-authored with William Cross, Tamara Small and Laura Stephenson. He is also the co-author of Work Your Career: Get What You Want From Your Social Sciences or Humanities PhD, with Loleen Berdahl.

He has been a visiting Fulbright Chair at Duke University and a Visiting Fellow at the Australian National University, and is active in the Canadian Political Science Association. He is from Elmira, Ontario.

The Paradox of Parliament (University of Toronto Press, 2023)

Work Your Career: Get What You Want From Your Social Sciences or Humanities PhD, with Loleen Berdahl (University of Toronto Press, 2018)

The Politics of Ontario, edited with Cheryl Collier. (University of Toronto Press, 2017).

Fighting for Votes: Parties, the Media, and Voters in an Ontario Election, with William P. Cross, Tamara A. Small and Laura B. Stephenson (University of British Columbia Press, 2015)