Political philosophy with a focus on classical, modern and postmodernist concepts of political community, justice and legitimacy 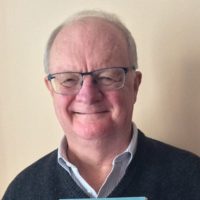 Political philosophy with a focus on classical, modern and postmodernist concepts of political community, justice and legitimacy

He is Professor of Political Science and Philosophy. He was educated at the University of Toronto, where he received a BA in Arts and Sciences and an MA in Political Economy, and at Yale University, where he received a PhD in Political Science. He has been a Visiting Fellow in Humanistic Studies at the Black Mountain Institute, University of Nevada Las Vegas (2014-15), a John Adams Fellow at the University of London (1997), a Fellow of the Eccles Centre at the British Library (1997), a Fellow of the Woodrow Wilson International Center for Scholars in Washington, D.C. (1990-91), the National Humanities Center in Research Triangle Park, North Carolina (1985-86), and a Junior Fellow of Massey College, the University of Toronto (1974-75). He has also held a National Endowment for the Humanities Fellowship for University Teachers and a Social Sciences and Humanities Research Council of Canada Postdoctoral Fellowship.

His teaching and scholarship are focused on the history of political philosophy. His specializations include classical political philosophy (including Plato, Aristotle and Xenophon) Renaissance political thought (especially Machiavelli) and German Idealism with its ramifications for contemporary phenomenology, critical theory and post-modernism (including Hegel, Nietzsche and Heidegger)

The Soul of a Leader: Character, Conviction and Ten Lessons in Political Greatness. Harper Collins, 2009.

Ruling Passion: The Erotics of Statecraft in Platonic Political Philosophy. Rowman and Littlefield, 2000.