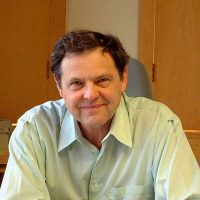 Jon H. Pammett, Distinguished Research Professor, is one of Canada’s premier specialists on survey research. He participated in the design of the Canadian National Election Studies of 1974, 1979 and 1980, and other surveys of more recent elections and referendums. Books have included  Political Choice in Canada, Dynasties and Interludes,  and four editions of Absent Mandate, the most recent of which was published in 2019.  Pammett is co-editor, with Chris Dornan, of The Canadian General Election of… series, most recently The Canadian General Election of 2015 (Dundurn, Toronto).  Pammett has led Canada’s participation in the International Social Survey Programme (ISSP) since 1998. He has edited, and contributed to, books using ISSP data on Social Inequality in Canada and Environmental Attitudes in Canada and Around the World. Pammett’s research on the nature of democratic participation includes a number of reports and articles for Elections Canada, including Explaining the Turnout Decline in Canadian Federal Elections: A New Survey of Non-Voters and Confronting the Problem of Declining Voter Turnout Among Youth (with Lawrence LeDuc).  He also works on electronic voting in Canada and around the world.

Activating the Citizen: Dilemmas of Participation in Europe and Canada with J. DeBardeleben (Bastingstoke: Palgrave Macmillan, 2010).