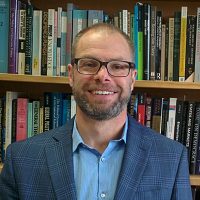 Brian C. Schmidt is Professor of Political Science. Previously he taught at the State University of New York, New Paltz and the University at Wales, Aberystwyth. He holds a PhD in Political Science from the University at Albany, State University of New York. His research and teaching interests are in international relations theory, American foreign policy, and disciplinary history. His book The Political Discourse of Anarchy (1998), which received the Choice 1998 Outstanding Academic Book Award, examines the history of International Relations from the mid-1800s to the outbreak of World War Two. He continues to pursue research on the history of the field and has published numerous articles on the historiography of International Relations. At Carleton University, Dr. Schmidt teaches courses on international relations theory, the causes of war, the United Nations, and American foreign policy.