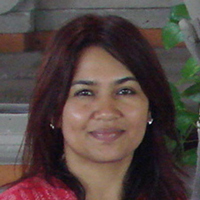 Gopika Solanki’s research straddles disciplines of Political Science, Legal Anthropology, Women’s Studies, and Law. Her research interests include gender and politics, state-society relations, cultural pluralism and citizenship, legal pluralism and judicial politics, ethnicity, religion and politics, criminal law and governance, and South Asian politics. She is the author of Adjudication in Religious Family Laws: Cultural Accommodation, Legal Pluralism, and Gender Equality in India (Cambridge University Press, 2011) and the co-author of Journey from Violence to Crime: A Study of Domestic Violence in the City of Mumbai.

Along with colleagues based in various Universities in Norway, Sweden, Germany, and the UK, Gopika is involved in the research project titled “Dwelling and Crossing: The Socio-Cultural Dynamics of Religious Spaces in Mumbai.” The project is housed in the Department of Archaeology, History, Cultural Studies and Religion (AHKR), University of Bergen, and is funded by the Norwegian Research Council. Here is the link to the project: http://mumbai.b.uib.no/

She is currently working on book project on indigeneity, politics and the law. The book is tentatively titled “The Split Personality of Law: Political Decentralization, Gender, and Adivasi Legal Mobilization in Western India.”