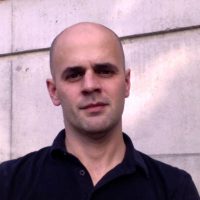 Stephen White is Associate Professor in the Department of Political Science at Carleton University. His research focuses on Canadian and comparative public opinion and political behaviour, and immigrant political incorporation. He is a co-editor of Comparing Canada: Methods and Perspectives on Canadian Politics, and has contributed articles and chapters on North American political cultures, attitudes towards immigration, and immigrant political engagement.

Stephen White joined Carleton in 2015, following a SSHRC post-doctoral fellowship at Concordia University (2013-2015), and a post-doctoral fellowship in Diversity and Democratic Citizenship at the Centre for the Study of Democratic Citizenship (2012-2013). He previously taught at the University of Ottawa and the University of Regina. Prior to his doctoral studies, he was a senior researcher at the Public Policy Research Centre, Memorial University.

White, S. 2017. “Canadian Immigrants at the Polls: The Effects of Socialization in the Country of Origin and Resocialization in Canada on Electoral Participation.” Political Science 69 (2): 101-121.