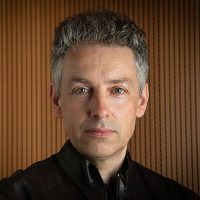 I am a Professor of Politics in the Department of Political Science and Department of Sociology & Anthropology, and FPA Research Excellence Chair (2019-22) at Carleton. As an undergraduate I trained in chemistry at Imperial College, London, before doing graduate studies in politics at City University of New York and York University, Toronto. I have published widely in the areas of political sociology, political geography, citizenship studies, security and insecurity, and Foucault studies. If I had to describe my approach it would be empirical or grounded political theory. This is to say that I am interested in questions of theory which I approach by working through specific cases, contexts and domains. The domains I have looked at include the history of unemployment, migration and borders, and most recently, state secrecy and the covert imaginary.

Besides my ongoing interest in secrecy I am currently working on three projects: (1) a SSHRC funded (2017-22) collaborative study of air deportation which focuses on the role of civil aviation in the forced removals of illegalized or criminalized people in and from Europe; (2) a co-edited book (with Charles Heller and Lorenzo Pezzani) called Viapolitics: Borders, Migration and the Power of Locomotion (forthcoming with Duke University Press); (3) The Handbook on Governmentality for Edward Elgar publishing, which I am co-editing with Martina Tazzioli and which should appear in 2022.

If you think our interests might overlap and you are looking for supervision, do get in touch!