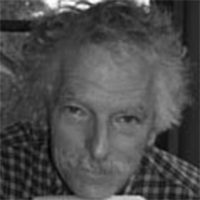 Much of my work concerns the historical sociology of state formation. My doctoral work criticized Marxist reproduction analyses of the development of public education through comparative historical investigation. Involvement in the debate around domestic labour under capitalism, led me to think about the historical sociology of household formation and the relations between the domestic domain and the political. Historians criticized my early historical sociology as based on secondary sources (their own work!), which led me to the archive, and which gave me an enduring case of what Arlette Farge called ‘le gout de l’archive.’ My understanding of state paper collections was shaped by engagement with the ‘Foucault wave,’ with the work of Norbert Elias, and by Corrigan and Sayer’s analysis of state formation as cultural revolution. Together with the sociology of Marx, Simmel and Bourdieu, this mix encouraged attention to the emergence, stabilization, and dominance or disappearance of social forms, figurations, and practices. My most marked post-2000 ‘reading experiences’ have been with Kant, Gadamer, the proto-sociology of the Enlightenment, French political theory, and the historical sociology of Arpad Szakolczai.

I have always been fascinated by the counter-intuitive, by what ‘doesn’t fit,’ by problematic instances of what Pierre Bourdieu called ‘category slippage’ (which he saw as the ‘sociologist’s bread and butter’) and by the development of systems of classification and categorization. This has led to work, influenced by social studies of science and actor-network theory, on the history of weights and measures; the making of the census and of census categories; the politics of demography; and cases of boundary crossing, from so-called blues singers changing their names to record gospel music, to the configuration of modern consumers by new information technologies, and the age-governance of sexuality. The same interest is present in work I have done in the historical sociology of the governmental instrument of ‘inspection,’ on sanitary medicine, the nineteenth century cholera, and attempts to construct systems of civil registration and vital statistics. I also do work on power and sexuality, historically in terms of the government of sex at school, in the current period in relation to the ‘fellatio epidemic’ in middle school. I am interested in promoting a ‘reflexive’ sociology that interrogates the analytic categories it employs.

I have four ongoing research projects:

With Justin Paulson, I am working on the interactions between  political economic change and political strategy, on the one hand, and internal debate, analysis, and publication on the other hand, in relation to the decline and dissolution of the Communist Party of Great Britain. We began this project as an attempt to document the intellectual biography of our retired colleague and friend Alan Hunt. We soon discovered that Hunt had played an important role in opening and broadening party debate from the early 1970s, and in advancing sociological analysis, through work on changing British class structure; on the implications of feminism and the rapid entry of married women into the paid labour force; as one of the organizers of the Communist University of London in the late 1970s; as secretary of the Party’s Sociology Study Group; and as an editor of Marxism Today.  Hunt was influential in extending Gramscian analysis, but also in engaging with the ‘Foucault challenge’ to the Party’s conceptions of power and the state. Quite apart from the intellectual and theoretical progress made in these matters, the historical consequences and current implications of the Party’s (contested) move to a ‘broad left’ strategy remain controversial.

With Michèle Martin, I have been tussling with issues at the intersection of the epistemology of testimony, narratology, the sociological uses of story-telling, and matters of historical method.  Our empirical corpus is the content of 800-odd ‘voluntary examinations’ to which suspected participants in the Lower Canadian Rebellions were subjected in 1837-9. These are supplemented by transcriptions of evidence at subsequent courts martial (where those first interrogated often changed their stories), contemporary press accounts and imperial and colonial state papers and correspondence. The various practices of truth-making and truth-telling we encounter set up productive tensions between historical sociologists’ need for veracity in evidence, and the interest-bound figuration of events and statements about events by various actors. There is an economy and politics of truth-making in which the truthfulness of statements accepted as such is not what determines the fates of truth-tellers.

A third project began with my interest in the similarities in the moral economies present  in the works of Edward Gibbon Wakefield and Karl Marx. It is well known that Marx regarded Wakefield as the ‘most notable political economist’ of the 1830s and, before coming to critique the theory of ‘systematic colonization’ in the last chapter of Capital, was attracted to his work in ways I continue to pursue.  Then, of course, Wakefield was heavily involved not just in imperial debates around emigration, but in Canadian immigration and speculative settlement schemes, and directly in Canadian politics as a member of the Durham Royal Commission and then as MPP.  Wakefield’s style of presentation in his most influential works is epistolary, which led me and others to the influence of his remarkable grandmother, Priscilla Wakefield, and the issues that preoccupied her circle. Yet his father Edward Wakefield was also influential in the development of British social science in ways that have been very largely neglected. And to come nearly full circle, Priscilla Wakefield was directly involved in debates around popular education and monitorial schooling, as was Edward Wakefield as promoter, expert witness, and social investigator.  There are a great many fascinating and tangled threads here joining my past work on ruling by schooling, pedagogical practice, and the development of the social science.

My last major project is on the historical sociology of African-American blues, roughly from 1890 to 1945. Recorded blues has become a common source for social historians writing about the most diverse subjects, from gendered relations of sex and power, to economic and ecological history. My main interest is currently in the place of the ‘sex trade’ or ‘sexualized services’ in the conditions that give rise to musical composition and performance, and that appear in song lyrics.

Oliver Crosby, “In Pursuit of Victory: League of Legends and a Project of the Self” MA Sociology –Specialization in Digital Humanities, 2016.

Phillip Primeau, ‘Crafting the Machinery of Municipal Rule: The Board of Police in Nineteenth Century Brockville, Upper Canada’, M.A., Sociology, 2013.

Todd Culbert, ‘Psychotherapeutic Drug Use and Technologies of the Self: A Study of the Intersection of Bio_Power and Nihilism’, M.A., Political Economy, 2005.

Chris Peters, “Hate Expectations’: A Narrative of the Conceptualization of Criminal Hatred in Canada,’ M.A. Sociology, 2004.

Mike Graydon, ‘”No Need to Wrap it”: An Exploration of Gift Giver/Bugchaser Newsgroups, Gift Theory, and the Transmission of HIV/AIDS,’ M.A., Sociology, 2003.

‘The Missing Memory of Canadian Sociology: Reflexive Government and the Social Science,’ Canadian Review of Sociology 53(2):1-23.

‘Can Pierre Bourdieu give us the blues?’ # 7, in P. Albanese and L. Tepperman, eds., Reading Sociology (Toronto: Oxford University Press).

‘How Much and How not to Explain: Gestural Referencing and Conceptual Misappropriations’, Canadian Journal of Sociology/Cahiers canadiens de sociologie 40(2):223-40.

“The Most Splendid Pageant Ever Seen”: Grandeur, Condescension, and the Domestic in Lord Durham’s Political Theatre’, Canadian Historical Review 89 (1): 55-88

‘On the local construction of statistical knowledge: Making up the 1861 census of the Canadas’, in Twenty Years of the Journal of Historical Sociology: Volume 2: Challenging the Field. Eds. Yoke-Sum Wong and Derek Sayer. Oxford: Blackwell:253-72.

‘A Genealogy of the Genital Kiss: Oral Sex in the Twentieth Century.’ Canadian Journal of Human Sexuality 15 (2): 69-84, with Alan Hunt.