Professor, School of Indigenous and Canadian Studies and Department of English Language and Literature 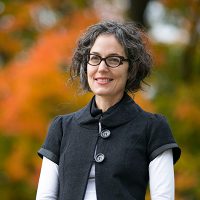 Professor, School of Indigenous and Canadian Studies and Department of English Language and Literature

Jennifer Henderson is cross-appointed to the Department of English Language and Literature and the School of Indigenous and Canadian Studies.

I am interested in the relationship between literature and liberal government in the settler colonial context, a conjuncture I first examined in Settler Feminism and Race Making in Canada (2003). That book describes the contours and contradictions of 19th century liberal feminisms projected onto colonial space. It is also a kind of genealogy of a late 20th-century genre, the woman’s survivor story.

I continue to move between the 19th and 20th/21st centuries, but I have turned to the child as a figure through which settler-colonial futures and pasts are imagined and normative programs of liberal selfhood configured. This line of research has taken me from turn-of-the-century pedagogies of freedom through play (‘playing Indian’), to residential schools, to historical reckoning through the lens of childhood trauma, to the current narratives of ‘human development’ and ‘resilience.’ Reconciling Canada: Critical Perspectives on the Culture of Redress (2013), a collection I recently co-edited, is about the broader discourses and languages of justice-seeking organized around historical injury today.

In another line of research I am zeroing in on the specificities of neoliberalism in settler-colonial contexts, where the logic of ‘privatization’ is inseparable from colonial histories of imposing the private household, and the overlapping questions of how to govern the poor and the Indigenous.

(with Brian Johnson) “Maddin, Melodrama, and the ‘Pre-National,’” in Double-Takes: Intersections Between Canadian Literature and Film. Ed. David Jarraway. University of Ottawa Press, 2012.

“Something not unlike enjoyment”: Gothicism, Catholicism, and Sexuality in Kiss of the Fur Queen” in Unsettled Remains: Canadian Literature and the Postcolonial Gothic. Eds. Cynthia Sugars and Gerry Turcotte. Wilfrid Laurier University Press, 2009.

“Residential Schools and Opinion-Making in the Era of Traumatized Subjects and Taxpayer-Citizens,” Journal of Canadian Studies 49.1 (2015) 5-43.

“Of Bombs, Baking, and Blahniks” (with Lauren Gillingham, Julie Murray, and Janice Schroeder). English Studies in Canada, Readers’ Forum on “The State of Feminism.”31.2-3 (June/September 2005) 22-30.

“Resilience, Indigeneity, and Human Capital as a Nexus of Neoliberal Governmentality,” Canadian Political Science Association, “Resilience, Recognition, Vulnerability, Apology: Logics and Politics of Care in Neoliberal Canada” panel, Congress of the Humanities and Social Sciences, University of British Columbia, May 2019.

“Towards a Genealogy of the Settler Public/Private: Land, Labour, and the 19th Century Colonization Company.” Canadian Association for Commonwealth Literature and Language Studies, Congress of the Humanities and Social Sciences, University of Regina, May 28, 2018.

“Genre and the Politics of Public Memory: Rhymes for Young Ghouls and Residential School Gothic.” Mikinaakominis/Transcanadas Conference. University of Toronto. May 26, 2017.

“Gender and Liberal Government in The Manor House of De Villerai.” Association for Canadian and Quebec Literatures, Congress of the Humanities and Social Sciences, University of Calgary, May 28, 2016.

“Settler Sense and Indigenous Resurgence.”  Keynote lecture presented to the Association for Canadian and Quebec Literatures and the Canadian Association for Commonwealth Literature and Language Studies.  Congress of the Humanities and Social Sciences, University of Ottawa, May 30, 2015.

“Reading Crackpot Today.” Association of Canadian and Quebecois Literatures, Congress of the Humanities and Social Sciences, Wilfrid Laurier University and University of Waterloo. May 27, 2012.