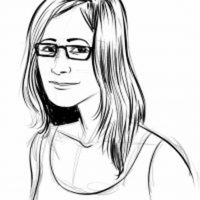 I am a sociocultural anthropologist working primarily in Brazil and recently also in Quebec. I am interested in the political economy and governance of care, sexuality, and intimacy, as well as in various scales and spaces of political engagements around gender and sexuality. I have conducted ethnographic research on sex tourism in Natal, in the northeast of Brazil, including research on questions around the racialized, gendered political economy of love, practices of transnational mobility, and intimate negotiations between Brazilian women and European men against a backdrop of social inequalities. As part of this work, I have also examined the mobilization of public emotions and affective logics in campaigns against sex trafficking and sex tourism, including during the 2014 World Cup in Natal, campaigns which too often, have led to patterns of urban exclusion.

I also have a longstanding interest in visual anthropology, and in particular, in the possibilities of ethnography in graphic form. In collaboration with Dr. William Flynn, who has adapted my research into a visual story, and Débora Santos, a Brazilian illustrator, I have turned my ethnography of sex tourism into a graphic form, with Gringo Love: Stories of Sex Tourism in Brazil (forthcoming 2020).

More recently, I have also begun to examine the intersections between the political economy of care and cognitive disability across various sites of caring in Quebec, with the long-term aim of documenting the enactment of various regimes of everyday care and socio-material experiences of giving and receiving care.

At the undergraduate level, I commonly teach courses such as Anthropology of Gender, Visual Anthropology, and Ethnography of Brazil. At the graduate level, I have taught our core doctoral seminar, our doctoral thesis-writing seminar, as well as courses engaging the intersections between sex, love, and globalization.

I am cross-appointed with the Pauline Jewett Institute of Women’s and Gender Studies, as well as with the Institute of Political Economy. I commonly supervise graduate students interested in a wide range of topics, especially but not exclusively relating to the broadly-defined field of the anthropology of gender, as well as in interdisciplinary fields engaging sexual and gender politics. I also welcome inquiries about specific areas of supervision. See below for a list of my past students’ thesis topics:

Katherine Van Meyl (MA Sociology 2014) On the Separation of Personal and Professional: Sex, Work, Law, the Girlfriend Experience and the Interpersonal Relationships of Independent Escorts (co-supervision with Alexis Shotwell)

(forthcoming) Brazil’s dramatic losses: City-staging, spectacular security, and the problem of sex tourism during the 2014 World Cup in Natal, Brazil. City and Society

2018. ‘I have to feel something’: Gringo Love in the Sexual Economy of Tourism in Natal, Brazil. Journal of Latin American and Caribbean Anthropology 23 (1): 131-151