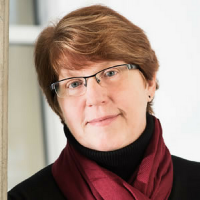 Pauline researches and teaches in the area of gender and politics. She is co-author of Politics As If Women Mattered: A Political Analysis of the National Action Committee on the Status of Women (1993), editor of a 2004 collection on gender and public policy (published in Ukrainian), and co-editor of a forthcoming collection tentatively titled The Legacy of ‘We Demand’: Sex Activism in Canada. She is the author of articles and chapters on various aspects of women’s movements in Canada, nationalism, gender mainstreaming, and gender and nation branding.  Pauline also has extensive experience as a gender consultant for several international development projects. She has delivered seminars and training workshops in Russia, Ukraine, China, Ethiopia, Bangladesh, Tunisia, South Africa, Turkey and the South Caucasus. Her current research is part of multi-disciplinary initiative at Carleton University, Gender Equality Measurement, focused on examining the ‘measurement turn’ in public policy and the questions related to epistemology, political change, policy innovation and feminist activism that arise from assumptions that equality can be quantified.

Rankin, L. Pauline. “Assessing the Impact of Transnational Activism on Women’s Movements at Home” in Mind the Gaps: Gender and Politics in Canada Roberta Lexier and Tamara A. Small (eds.) Halifax: Brunswick Books, 2013: 87-101.