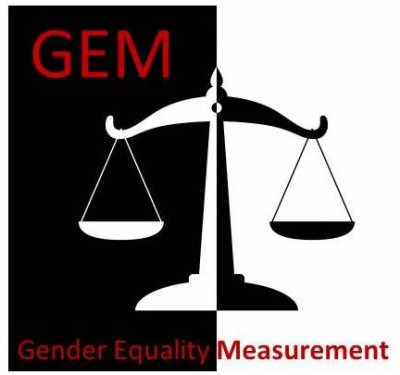 The Gender Equality Measurement project is a research network that was initiated in 2011. It connects feminist scholars at Carleton University with gender equality consultants, policy makers, and civil society organizations within Canada and internationally.

Join us to hear a panel of speakers as they discuss changing attitudes to end violence against women.

The Gender Equality Measurement Project (GEM) at Carleton University is pleased to invite you an event at which we will look at the turn to measurement technology and its impact on women’s human rights. The keynote speaker will be Sally Engle Merry, Professor of Anthropology at New York University. Professor Merry has published extensively on human rights, the practice and politics of measurement, indicators and gender violence. Her talk will focus on her most recent book The Seductions of Quantification: Global Governance, Human Rights, and the Rise of Indicator Culture which has just been released. Professor Merry’s talk will be followed by a panel discussion on the book’s key themes as they apply in different contexts.

The broad purpose of this event, which will bring together feminist scholars, activists and government officials, is to promote a dialogue on the consequences of the use of quantitative measures and discuss possible alternative approaches.  We hope that you will be able to join us.

Professor Engle Merry is Silver Professor of Anthropology at New York University, and a Faculty Director of the Center for Human Rights and Global Justice at the New York University School of Law. Her most recent book, The Seductions of Quantification: Measuring Human Rights, Gender Violence, and Sex Trafficking (Chicago: University of Chicago Press, 2016) examines indicators as a technology of knowledge used for human rights monitoring and global governance

Changes in prosecutorial strategies over the last 30 years vis-à-vis domestic violence ushered in new models of investigation that, among other things, privilege images of victims, both still and video.Drawing on case law, we argue that these visual artefacts of victims’ injuries as well as their video-taped sworn statements describing their assaults constitute what Haggerty and Ericson call a ‘data double’, a virtual doppleganger who is meant to stand, often antagonistically in the stead of the flesh and blood victim.

Dawn Moore is Associate Professor of Law and Legal Studies at Carleton University. She is the author of two books and over 20 monographs whose topics range from hate crimes, violence against women, drug users, critical criminology, prisoner’s rights and access to information.

Addressing Sex/Gender and Equality in Systematic Reviews of Health Interventions: Measurement and Beyond

Systematic reviews are highly structured syntheses of evidence from multiple research studies widely used to guide clinical decisions, technology assessments, health policies and research. Systematic reviews can also help to determine whether interventions are likely to reduce inequities in health. However, many reviews do not systematically address how sex/gender- related processes may influence the outcomes of health interventions. Come and listen to these distinguished presenters discuss the conceptual, methodological, practical and policy challenges of addressing the effects of biological (‘sex’)/social-cultural (‘gender’) processes in systematic reviews with a view to promoting gender equity and strengthening health outcomes for all.

Sari Tudiver is a cultural anthropologist with a longstanding interest in women’s health and thedynamics of gender relations. Over four decades, she has worked in academic settings (college and university), for non-governmental organizations (international development and women’s health NGOs) and for the Canadian federal government (health policy) and remains interested in the differences in discourse and the challenges of knowledge creation and translation in each of these sectors.

Vivian Welch is a scientist and methods lead at the Bruyere Research Institute, Bruyere Continuing Care and University of Ottawa. Her research interests include rapid reviews, and methods to consider health equity in systematic reviews, clinical guidelines and primary research. Vivian led the development of a reporting guideline for equity-focused systematic reviews, as an extension to the internationally recognized PRISMA statement (Preferred Reporting items for Systematic reviews and Meta-Analyses).

The aim of the workshop is to explore ways in which women’s groups, peace activists, international human rights organizations can translate the Government of Canada’s commitments to women, peace and security into positive outcomes. The workshop will include a video conference with women’s groups in Northern Ireland, together with presentations by international and Canadian experts on National Action Plans and the United Nations’ Women, Peace and Security Agenda.

Dr. Rebecca Tiessen’s research expertise spans gender and development and the role of Canada and Canadians in the world with a specific focus on gender inequality in the Global South, human security, Canadian foreign aid policy, global citizenship and youth volunteer abroad programs. Tiessen’s recent work includes an analysis of the Conservative Government’s 2010 Muskoka Initiative on maternal health. She is the author of Everywhere/Nowhere: Gender Mainstreaming in Development Agencies (2007).

Dr. Tiessen is Associate Professor in the School of International Development and Global Studies at the University of Ottawa.