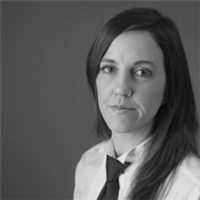 My interest in law and legal studies is fuelled by broad questions about theories of democracy, the role of the state, the relationship between government and governed, and processes of decolonisation. I approach these questions through empirical research as well as political and legal theory, especially that which intersects with poststructural, feminist, queer, and critical race traditions.

The narrative device of awaking in a seemingly alternate legal universe is used widely in film and literature. This project explores this device and its resonances with a more general liberal story, especially deployed in activist campaigns concerning wrongful convictions and indefinite detention, about the possibility of encountering law’s violence as a distinct moment, rather than as everyday experience.

Museums, Democracy, and Dissent: An Analysis of the 2013 Partnership Between the Canadian Museum of History (CMH) and the Canadian Association of Petroleum Producers (CAPP)

The 2013 partnership between the CAPP and the CMH represents the continuation of a well-worn public relations strategy used by oil companies domestically and internationally to help bolster their social image. However, what may make this partnership significant is the current dwindling of formal sites of dissent in Canada’s juridical-politico apparatus. This project investigates the role that informal institutions such as museums can play in the maintenance of democracy as they have the potential to offer space for public dissent.

In addition to being on the Organizing Committee of the Association for the Study of Law, Culture, and the Humanities (USA), Editorial Board Member for the Annual Review of Interdisciplinary Justice Research (Canada) and Counterpress (UK), as well as member of international networks such as the AHRC Regulating Time Network (UK), I am also Faculty supervisor of the Carleton University Journal of Law and Legal Studies, the Chet Mitchell Room, and regularly organize lectures and talks in the department and across the university.

I teach LAWS 5000 Theories of Law & Social Transformation, LAWS 4100 Modern Legal Theory and LAWS 2502 Law, State, Citizen. These courses build on my interests in political and legal theory, as well as critical constitutionalism. In these classes students can expect to cover topics such as indigenous and anti-colonial resistance and critiques of sovereignty through feminist, queer, and poststructuralist theoretical approaches. My method of teaching emphasizes the importance of thorough reading in order to broaden intellectual horizons and this is reflected in the course structure. Students who take these courses will experience my passionate commitment to the study of law, not only as gleaned from the Charter or public law textbooks, but also as an urgent need to (re)think our being in the world.

I am cross-appointed to the Institute for Political Economy, the Pauline Jewett Institute of Women’s and Gender Studies, and am a member of the Sexuality Studies Committee at Carleton. I was flattered to receive the Faculty of Public Affairs Teaching Excellence Award and the New Faculty Excellence in Teaching Award in 2015.

I supervise graduate students in the areas of law, culture, and the humanities, including socio-legal studies, philosophy and cultural studies.

Douglas, Stacy. 2010. “On Defending Raw Nerve Books, or the Promise of Good Feeling”. Upping the Anti: A Journal of Theory and Action. Number Eleven. 81-94.