Carolyn Fenwick, BCSM/2017: A Long Road- But One Worth Travelling

Carolyn Fenwick, BCSM/2017: A Long Road- But One Worth Travelling

Carolyn Fenwick, an Ottawa mother of two and recent School of Computer Science graduate tells us how she was able to accomplish her academic goals while following an unconventional career path and balancing family commitments.

“When it was time in high school to apply for university, I was struggling a lot with what I wanted to do,” says Carolyn

“I originally decided to go into math and become a teacher because my math teacher inspired me to love math” she says, “About halfway through the year, I realized, math is cool but I don’t really love being around kids, and I don’t like talking to large groups of people. What am I doing here?” 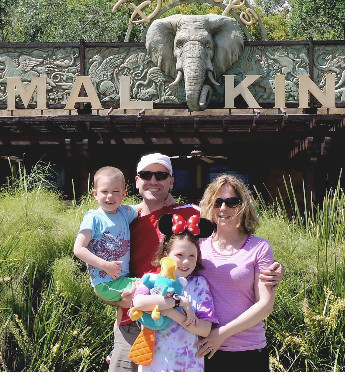 After a year spent studying Mathematics at the University of Ottawa, Carolyn decided to quit school and began working first in retail, then as an administrative assistant. After several years, she felt like she needed to get a degree in order to progress further down her career path, so she began taking computer science courses part-time at Athabasca University.

When Carolyn later learned that Carleton University would accept her transfer credits from Athabasca and her classes at the University of Ottawa, the decision to study full-time at Carleton was an easy one.

“With kids in grade one and grade seven, it’s a lot of tight scheduling with school drop off before class,” she says.

“Sometimes it can be challenging, but I remind myself that I’m doing this for a reason. And now, very soon, it will be worth it,” she says.

“Maybe mathematics wasn’t where I wanted to be, but I shut a lot of doors for myself by not getting my degree,” says Carolyn.

“But, hindsight is twenty-twenty. Luckily, I got a do-over,” says Carolyn, “Now I’m here because I want to be here and not just because it’s what I’m supposed to do.”